Make way for the comeback kids 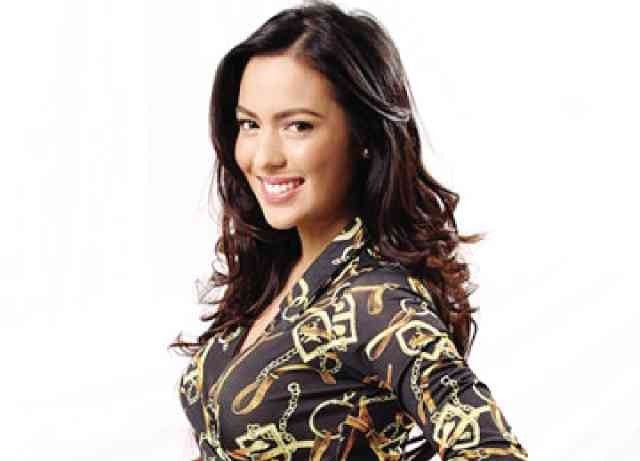 From time to time, we write about senior stars who return from retirement to perform again, enhancing the quality of our viewing options with their deeper and richer portrayals.

Less often, however, it’s the turn of younger ex-stars to stage comebacks in the biz, which they left temporarily to start a family or live abroad for a spell.

Even if they’re still on the right side of 30 or 40, they need help and encouragement, too, because many younger talents have made their bid in their absence, so they have a hard time getting heard and noticed again.

Quite often, they have to clinch a particularly big or unusual project to generate the requisite excitement for their comeback bid—and those showcases are hard to find.

Thank goodness, that hasn’t proven to be a problem for former child and teen star Karel Marquez, who’s won the prized female lead role in the big, brash musical spoof of “Fifty Shades of Grey,” which is showing until Feb. 28 at the Romulo Theater, RCBC Plaza (call 4706956).

We wrote about Karel some months ago in a piece about talents with “K” (for karapatan), who should be given a second chance to make it in the biz. So, we’re extra-happy to get our wish, even sooner than expected!

We’ve had our eye on Karel for years, because we’ve seen her grow up into an exceptional young-adult performer who’s drop-dead lovely, sings exceedingly well and acts her heart out.

That great combination of attributes is unusually hard to find anywhere, so we did our best to encourage Karel to go for it.

Her new “comeback starrer,” “50 Shades! The Musical Parody,” is suitably brash, bold and controversial to get local viewers excited and boost her stellar prospects—to remind local producers that she should be given another chance to “stellarly” shine—this time, as a young-adult “total performer.”

The “50 Shades” spoof includes players from the show’s productions in Las Vegas and Off-Broadway, plus some homegrown talents led by Karel.

She plays Anastasia Steele, a coveted role snagged in the original film by Dakota Johnson, the daughter of Melanie Griffith and Don Johnson.

Dakota’s career got a big boost from her “Fifty Shades of Grey” outing, with follow-up stellar assignments in “Chloe and Theo,” “Black Mass,” “A Bigger Splash” and “How to Be Single.” We trust that the same will happen to Karel’s career as a result of her current comeback gambit!

Another young “comeback kid” this season is former child star Jiro Manio, whose promising career was sidetracked by personal difficulties and distractions some years ago.

Last June, Jiro was spotted at the Ninoy Aquino International Airport looking quite scruffy and out of it, living off the kindness of airport personnel.

After a timely intervention by relatives and some show biz colleagues, Jiro agreed to go into rehab and is now being prepped to return to acting, possibly in projects or work prospects facilitated by the concerned likes of Ai-Ai delas Alas and Marvin Agustin.

We hope that these efforts will bear fruit, because Jiro has proven that he’s a good actor, and his recent difficulties could make him come up with even more sensitive young-adult portrayals. Fingers crossed!