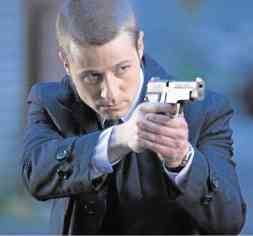 New antagonist Professor Hugo Strange (BD Wong) debuts in the second half of “Gotham: Rise of the Villains.” The “Batman” prequel show stars Ben McKenzie as James Gordon and David Mazouz as Bruce Wayne. The series returns on March 1, 9 p.m. on Warner TV.

The eight-episode sophomore season of HBO’s “Togetherness” will debut on the same day as the United States, Feb. 22 at 11:30 a.m. and 11:30 p.m. The comedy series follows four adults trying to balance their relationships with their dreams. New episodes debut every Monday.

The 28th season of the reality competition “The Amazing Race,” hosted by Phil Keoghan, airs Saturdays at 7:55 p.m. on AXN, within 12 hours of the US broadcast.

Catch the red carpet coverage of the Grammy Awards on Feb. 16, 7 a.m. on E!. The network’s hosts, Ryan Seacrest and Giuliana Rancic, will interview nominees and other music artists.