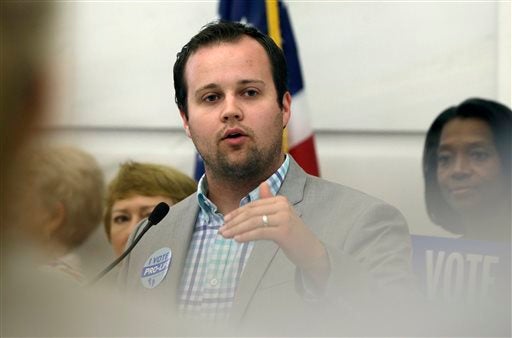 Stamm-Northup is a San Diego woman known as Danica Dillon in adult films. Her lawsuit says that she met Duggar while working at a Philadelphia strip club last spring and that Duggar assaulted her when they went to a hotel to have sex.

Evidence shows Duggar wasn’t in Philadelphia at the time.

His family’s wholesome reality show, “19 Kids and Counting,” was pulled from the TLC network in May over revelations that he had molested four of his sisters and a baby sitter.

READ: US reality star admits to cheating on his wife

He has apologized for having a pornography addiction and for cheating on his wife.