US reality star admits to cheating on his wife 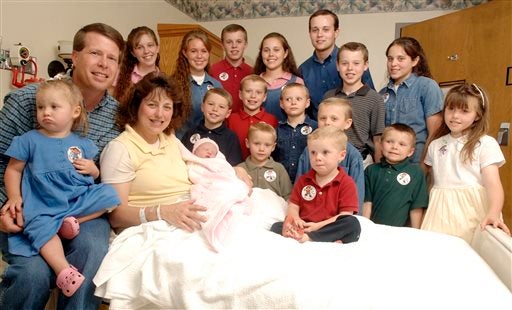 In this Aug. 2, 2007 file photo, Michelle Duggar, left, poses with her husband Jim Bob, second from left, and children, including their oldest son Josh, tallest standing, after the birth of her 17th child in Rogers, Ark. Calling himself “the biggest hypocrite ever,” ex-reality star Josh Duggar has apologized for a “secret addiction” to pornography and for cheating on his wife he said in a statement posted Thursday, Aug. 20, 2015, on the family’s website. The statement was apparently spurred by Duggar’s name appearing among millions exposed in a data breach of customers of the Ashley Madison website, an online service that caters to men and women looking to cheat on their spouses. AP FILE PHOTO

NEW YORK— Calling himself “the biggest hypocrite ever,” ex-reality star Josh Duggar has apologized for a “secret addiction” to pornography and for cheating on his wife.

“While espousing faith and family values, I have secretly over the last several years been viewing pornography on the internet and this became a secret addiction and I became unfaithful to my wife,” he said in a statement posted on the family’s website Thursday.

The statement was later edited to remove the reference to pornography and a reference to an earlier scandal in which Duggar molested four of his sisters and a baby sitter.

The statement was apparently spurred by Duggar’s name appearing among millions exposed in a data breach of customers of the Ashley Madison website, an online service that caters to people looking to cheat on their spouses. Leaked data showed that a Josh Duggar whose address was the same as the reality TV star was a member of AshleyMadison.com from December 2012 to October 2014.

READ: Evidence of infidelities spreads online in wake of hack

In his statement, Duggar did not address whether he had used AshleyMadison.com, nor did he detail the exact nature of his marital infidelity. A family representative did not immediately respond to a request for comment on the statement or the revisions. 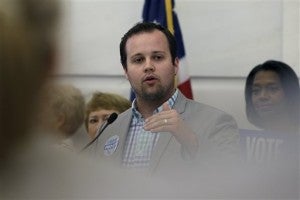 The 27-year-old Duggar’s admission comes several weeks after the molestation scandal first broke. Those revelations led to the cancellation of “19 Kids and Counting,” the hit TLC reality show on which he appeared with his 18 siblings and his parents. The series ran from 2008 through its 10th-season conclusion in May.

“I am so ashamed of the double life that I have been living and am grieved for the hurt, pain and disgrace my sin has caused my wife and family, and most of all Jesus and all those who profess faith in Him,” Duggar said in his statement.

The TLC series had chronicled the wholesome home life of Arkansas couple Jim Bob and Michelle Duggar and their now-19 children. The network plans to air a documentary focusing on child sexual abuse on Aug. 30; two of the sisters who were molested will appear.

But in May, Josh, their eldest child, apologized for unspecified bad behavior on a Facebook post and resigned from the Family Research Council, a conservative Christian group, where he had worked as a lobbyist.

Two weeks later, the Duggar parents were interviewed on Fox News Channel, as were two of their daughters, Jill and Jessa, who said they weren’t aware the fondling had happened until Josh confessed years later and their parents told them about it.

“The last few years, while publicly stating I was fighting against immorality in our country, I was hiding my own personal failings,” stated Duggar, who in his website testament sought the public’s forgiveness and their prayers “for my precious wife Anna and our family during this time.” The couple’s fourth child, a daughter, was born a month ago.

In an accompanying statement on the family’s website, Jim Bob and Michelle Duggar said, “When we learned of this late last night our hearts were broken.”