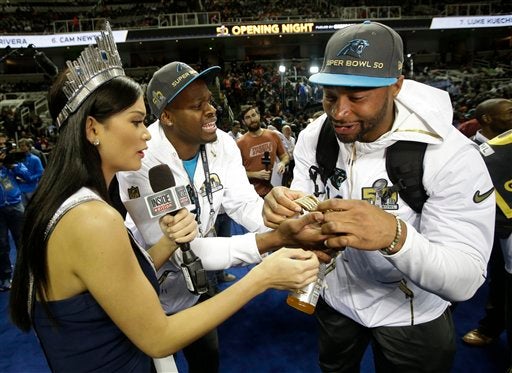 Miss Universe 2015 Pia Wurtzbach only had kind words to Beyoncé on her performance during the Super Bowl 50 halftime show.

In a tweet, Wurztbach told Beyoncé: “From Queen to Queen, @Beyonce you owned the show! –Pia”

The Filipina beauty queen first admitted during her #AskMissUniverse Twitter party last month that the Grammy award-winning singer and dancer is her “girl crush.”

Meanwhile, she also praised Coldplay and Bruno Mars for an “epic” halftime show.

The 26-year-old Miss Universe is also in the Super Bowl 50 as a special correspondent for “Inside Edition.” AJH/TVJ