Rihanna album at US number one after unusual release 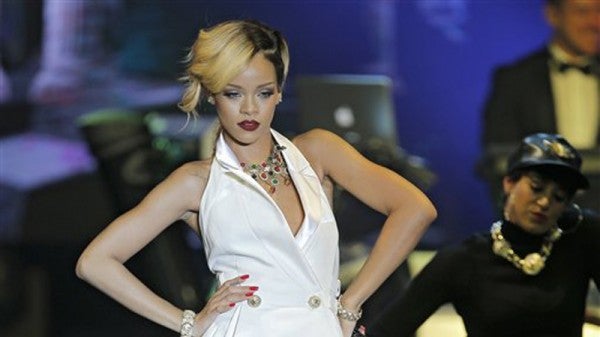 Rihanna’s long-awaited album “Anti” hit number one Sunday on the US chart after an unusual roll-out that included two commercial tie-ups.

“Anti,” the first album since 2012 by the Barbados-born superstar, which was released January 27 after apparent delays, topped the Billboard chart for the week through Thursday.

The album came out initially as an exclusive on Tidal, the streaming service led by rap mogul Jay Z, in a surprise timing on a Wednesday evening US time that defied the music industry’s guideline of global releases on Friday.

South Korean electronics giant Samsung also let one million of its smartphone users download “Anti” for free. The arrangement likely cut into Rihanna’s sales figures as tracking service Nielsen SoundScan does not count giveaways on the chart, although it does factor in streaming.

Rihanna signed a promotion deal reportedly worth $25 million with Samsung, which set up an interactive website for the album.

“Anti” became available on iTunes and other digital retailers on January 29 and as a CD a week later.

But streaming was not the main factor in Rihanna’s chart success, with direct purchases on iTunes and other retailers counting for three-quarters of the 166,000 album sales over the past week.

“Anti” had opened on the chart a week earlier at number 27 as it had come out with little more than a day to go in the reporting period and only on Tidal.

Tidal has heavily promoted exclusives in a bid to challenge Spotify’s dominance of streaming and offered free trials to Samsung users who downloaded “Anti” for free.

Rihanna has been one of the 21st century’s top-selling artist and had been prolific in her output from her 2005 debut until 2012.

“Anti” mostly moves away from the R&B and dance tracks for which she became famous, with the 27-year-old instead preferring ballads about romantic tumult. TVJ