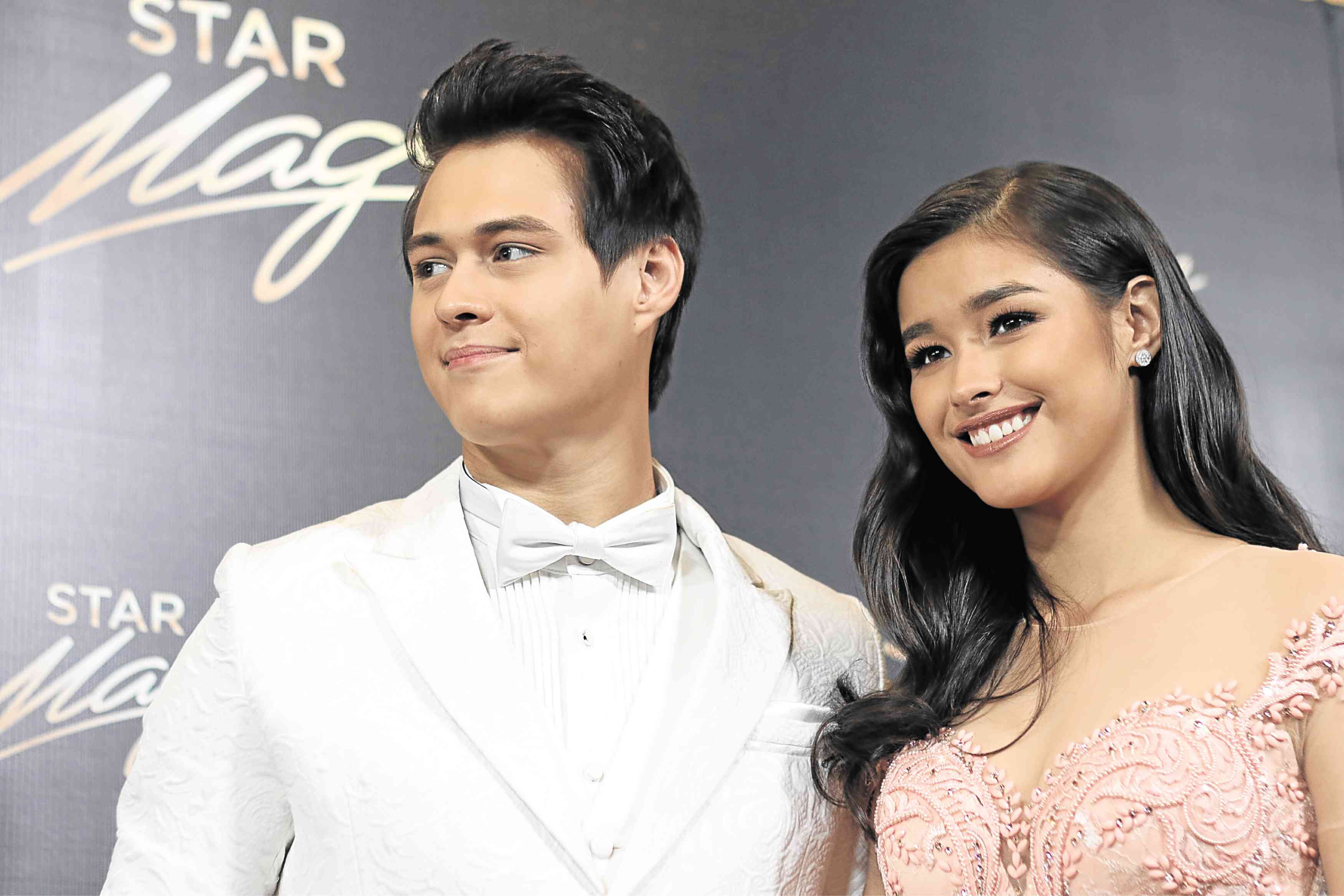 Handsome Playboy had just broken up with Major Star and was raring to woo Glamorous Beauty.

HP, who can be quite stingy, thought of asking Posh Sponsor to furnish him with gifts for the two ladies: a farewell memento for MS and a courtship present for GB.

PS balked and tried to convince HP to forget about MS.

“After all, you’re no longer a couple,” PS pointed out. “Focus on GB, instead.”

PS was merely playing it safe. If things didn’t work out with GB (and, true enough, the affair swiftly went pfft), HP could still try to mend fences with MS (but that led nowhere, as well).

Bubbly Personality is not exactly known in the biz for being subtle.

Affable Team made the mistake of hiring BP for a project. To AT’s surprise, work went smoothly, in spite of peers’ less than favorable feedback about BP’s behavior.

Before calling it a day, BP asked to bring home several outfits used on the set. AT was stunned speechless.

SI and CP got embroiled in a bloody skirmish last year. Even though the dust had already settled, SI didn’t give up in the hate campaign against CP.

To think, SI and CP were once extra-chummy. They had a nasty falling-out, however.

Up to now, SI is spewing venom against CP.

As they say, there’s nothing worse than a former friend-turned-enemy.

Lovely Lady should watch her back.

LL teamed up with Perennial Partner in a high-profile project.  Alas, bosses have noticed that the tandem of PP and Beautiful Upstart is making headway these days.

PP and BU’s partnership has become more popular among fans than LL and PP’s team-up.

Is LL’s fate in peril?

Should LL mobilize her own followers, to nip the blooming love team of PP and BU in the bud?

Hunky Star used to look down on Charming Newbie.

In a cruel twist of fate, HS’ career went down the drain, while CN hit the jackpot.

Show producers stopped knocking on HS’ door. HS slashed his talent fee by half, but still there were no takers.

HS would even volunteer to attend town fiestas in faraway provinces, just to make a quick buck.

Impresarios would rather hire CN—notwithstanding the handlers’ steep asking price.

How the tides have shifted.

Read Next
Survival of the fittest–and sneakiest
EDITORS' PICK
Countries with confirmed cases of coronavirus
SM continues to send relief assistance to remote towns in Batangas
FlipTop rapper Loonie freed on bail
China expands lockdown against virus, fast-tracks hospital
Get exciting deals and discounts when you download the new McDonald’s App
‘A greener, cleaner tomorrow’: A how-to guide for Filipinos who want to help with today’s energy crisis
MOST READ
Taal’s sulfur dioxide emission increases
No time for revelry; Tagaytay instead plans for alert level 5
Megan Young, Mikael Daez get married
Palace: US Senate move also made Duterte junk VFA
Don't miss out on the latest news and information.