Luck and love at the Shang 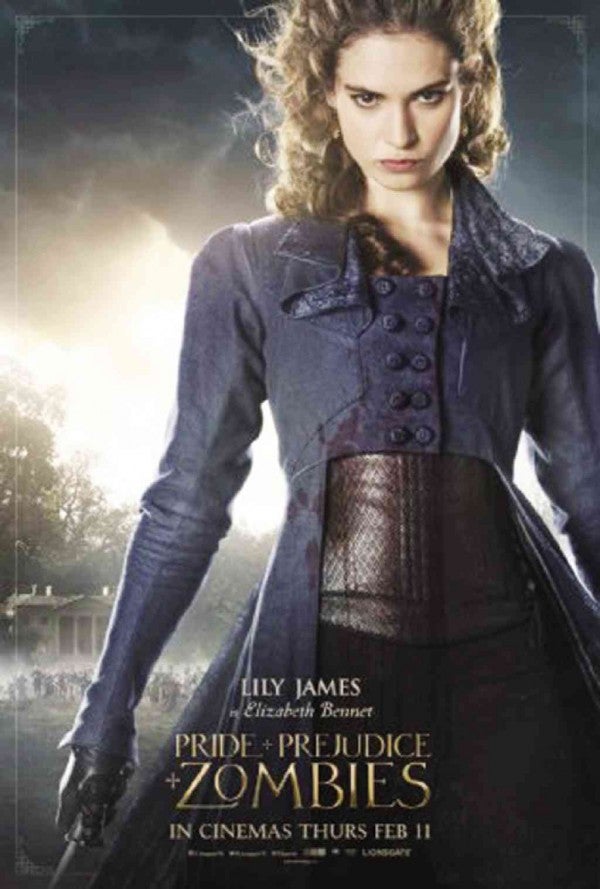 From Chinese New Year celebrations to performances that warm the heart, Shangri-La Plaza offers festive events to bring love and luck in 2016: The Spring Film Festival until Feb. 7 at the Shang Cineplex runs simultaneously with a Chinese art exhibit at the mall’s Grand Atrium.

Plus: A Chinese mask- and lantern-making workshop at 2 p.m. on Feb. 7, a dragon and lion dance exhibition at 2 p.m. on Feb. 14, and Valentine shows separately featuring Axi Wild and the ABS-CBN Philharmonic Orchestra on Feb. 13, and Nicole Asensio and Koro Ilustrado on Feb. 14. Call 370-2500.

‘Pride and Prejudice and Zombies’

Jane Austen’s classic novel, “Pride and Prejudice,” has been adapted several times for the big screen, but gets its most far-out reimagining this season, by way of its “reincarnation” as a zombie drama!

In Seth Grahame-Smith and Burr Steers’ clever version, a mysterious plague has fallen upon the village of Merryton, and the dead are returning to life—on the hunt for human flesh. Lily James plays Elizabeth and Sam Riley is cast as Mr. Darcy, who’s become a zombie slayer!

‘The Revenant’ in Imax theaters

For only one week (until Feb. 10), Leonardo DiCaprio’s new starrer, “The Revenant,” will be shown on Imax screens, the better for viewers to experience its unique immersive power, kaleidoscopic array of characters, and thrilling vistas of the then uncharted 19th-century American frontier.