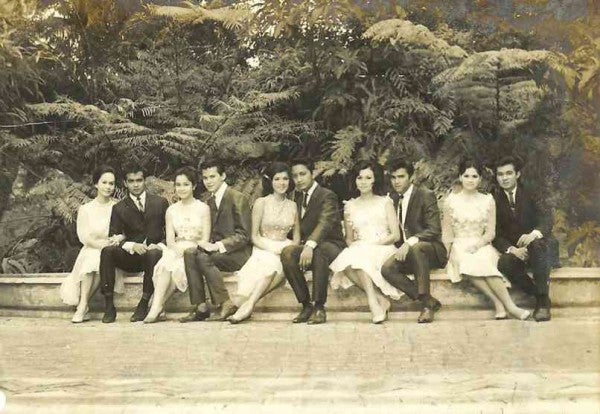 It happened in the month of December 1965.

Ten young movie actors and actresses at Sampaguita Pictures who were dubbed “most likely to succeed” were formally presented to an adoring public at the Vera-Perez Gardens in “An Evening to Remember.”

Casting of who among the 10 would appear in each film was done by the executive producer, Dr. Jose R. Perez.  Of the 27 new films Sampaguita Pictures produced and shown in 1966, the young hopefuls were launched in 22 films.

Drama was the forte of Dindo Fernando and Loretta Marquez.  They always came close to winning academy awards. Dindo finally won the Famas best actor award for “Langis at Tubig” in 1980 (he died on Aug. 27, 1987).

He was followed by Loretta Marquez in 1996, but not before she staged a comeback in “Pasan Ko Ang Daigdig.”

Gina Pareño was the last one who joined the “Stars ’66” program, but her natural talent for tackling difficult roles saved her, like her character in “Mama” directed by Mar S. Torres and shown on Sept. 3-17, 1966.  Fifty years after that movie, she is still in demand for senior roles in movies and television.

Shirley Moreno was the only actress who appeared with Dolphy and other stars in “James Batman,” a film directed by Artemio Marquez and shown on Sept. 18-30 as the 21st launching film for  Stars ’66.

She also appeared with Gina Pareño, Loretta Marquez and Ramil Rodriguez in “Till the End of Time,” directed by Mar S. Torres and Jose de Villa and shown on July 27-29, 1966.

Two other films were “Ang Lagay ‘Adre, Ay Understanding,” also directed by Artemio Marquez, and starring Rosemarie, Pepito, Ramil and Shirley and “What Now, My Love,” directed by Octavio Silos and shown from May 27 to June 7, 1966, costarring Loretta Marquez and Ramil Rodriguez.

With the demise of Ramil Rodriguez on April 29, 2014, the remaining six are still active in show biz affairs, although only two (Pepito and Gina) are based here and four (Shirley, Bert, Blanca and Rosemarie) are now in the US.