Melissa possessed by the devil in ‘Ligaw’ 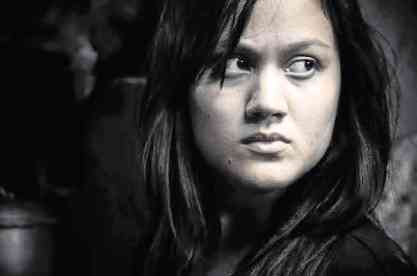 “THE WEDDING will happen when we’re both ready. When that time comes, at least we already have a flower girl,” said actress Melissa Ricks when asked if she and boyfriend Charles Togezaki have plans of tying the knot anytime soon.

“It’s every girl’s dream to walk down the aisle,” she told the Inquirer. “Since I was young, I’ve been imagining how my wedding would be like, from the location and flower decorations to the people who will attend it.”

The Kapamilya talent said she preferred to stay home and take care of her family than return to work full time. “Right now, I only do TV appearances. After working for 13 years straight—I started when I was 14—I now want to have time for myself.”

Melissa was a runner-up in the reality talent search, “Star Circle Quest (Season 1).” She was also seen in several Kapamilya shows before getting her biggest break in the drama series, “Walang Hanggan.”

“That was my dream project,” Melissa said of the top-rating series of 2012. “Then, I got pregnant. I guess God has another plan for me. Everything revolves around my baby now. I can’t just accept work, because I would think of my baby.”

While working on “Walang Hanggan,” Melissa also managed to star in the indie movie, “Ligaw,” directed by Paulo Endrinal Tesico.

It will have its world premiere at the 2016 Singkuwento International Film Festival, which will run from Feb. 19 to 27 at the Leandro Locsin Theater of the National Commission for Culture and the Arts (NCCA) building in Intramuros, Manila.

In “Ligaw,” Melissa plays Criselle, who is sexually abused by her brothers. Filled with anger, she sells her soul to the devil, then plots to kill her family.

How did you land this role?

I wasn’t the first choice. The first actress backed out. They already worked on it for almost a year when the project was given to me. I’ve been offered a lot of indie movies, but I didn’t like any of them. This was different. I really hope people will appreciate it.

What were the difficulties you encountered while doing this film?

The unpredictable weather was a big problem. While filming, it rained so hard even though the weather bureau didn’t predict any rain. One time, we were in the middle of the forest, some four hours away from Manila, with no tent and standby area, and the rain was pouring hard.

Direk and I shared one umbrella. He was already crying, because we no longer had enough money to carry on with the shoot.

How did you feel when you finally spoke with Criselle? (The movie is a true-to-life film.)

She was always on the set. When we’re shooting sensitive scenes, she would sometimes look away, because she said she didn’t want to relive them. Criselle said she was able to talk to the devil.

There were scenes when I had to curse and throw stones at God in heaven. I was really scared while doing that. I kept thinking: “What am I doing cursing God?”

When it came to sensitive scenes, how much skin did you have to show?

The rape scenes weren’t too graphic. The initial plan was for it to be screened on TV. We were careful because we were supposed to show it in “Sunday’s Best” on ABS-CBN.

What was your reaction when you finally saw the film?

I waited for a long time before watching it. I saw it two years later. We were waiting for the final edit. They fixed a lot of stuff—put graphics and improved on the sound. It makes me proud to be a part of something that I know will be big in the future.