Vic-Pauleen’s rocky path to the altar 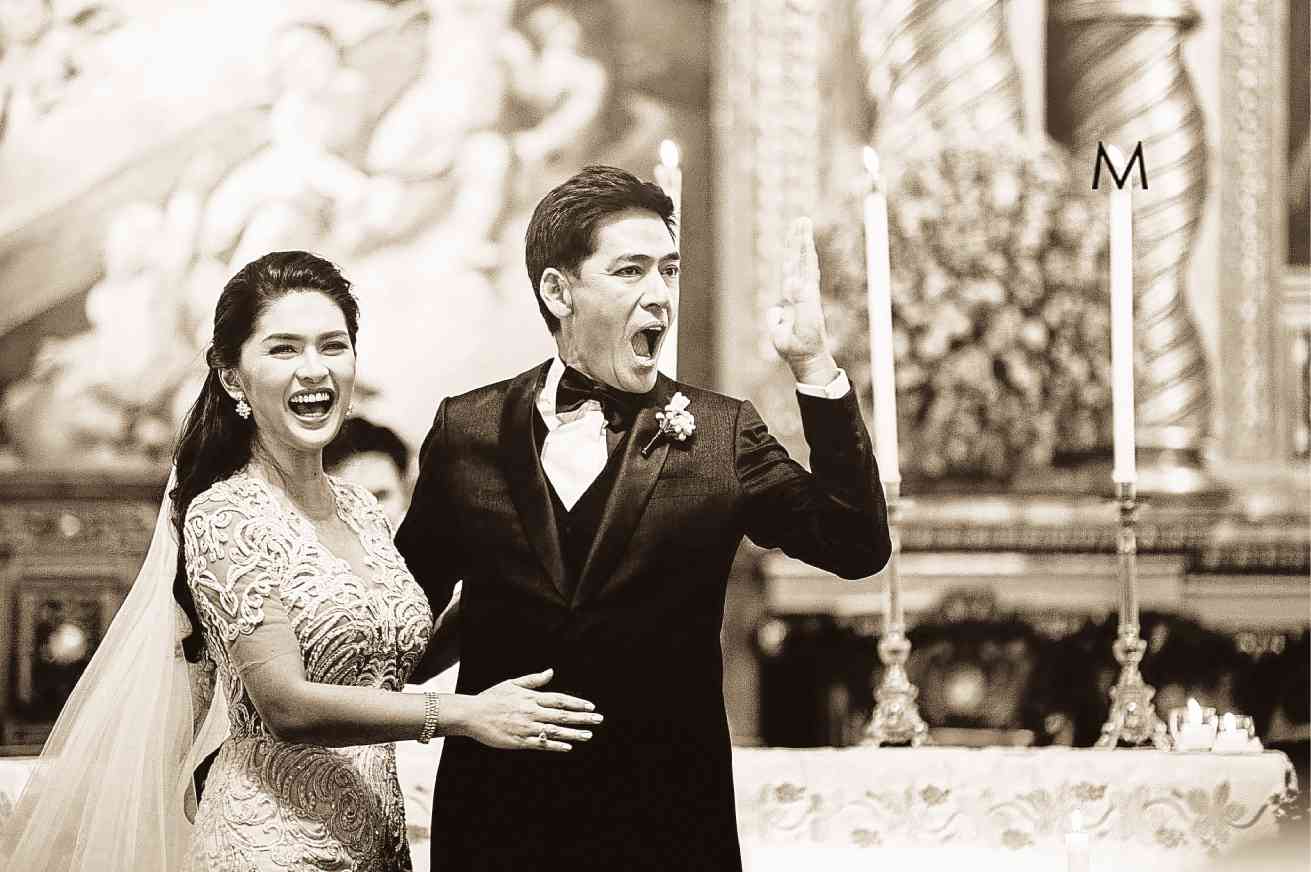 Their lips met not without a little humor. Before lifting the veil of his bride (Pauleen Luna), the groom (Vic Sotto) turned his gaze to the people inside the church, and pulled a face. He dabbed his wife’s lips with a finger, and tasted it, sending the couple into a fit of giggles. Then, at last, the TV host-comedian leaned forward for the kiss, with the crowd erupting into cheers.

The embrace that followed, however, was different. It was long and touching, with Vic and Pauleen patting each other’s backs and mouthing the words, “I love you,” as the song “When I Fall in Love” came on. Vic, who’s usually reserved, was misty-eyed after, fanning his eyes with his hand to hold back the tears.

It was, the couple related, one of the wedding’s most “emotional moments”—one that had memories flooding back. “When we hugged, the years flashed back, everything we’ve been through,” Pauleen, looking radiant in her Francis Libiran gown, told reporters, more than an hour after they tied the knot at St. James the Great Parish in Muntinlupa City, last Saturday.

The path to the altar was, undoubtedly, a rocky one for Vic, 61, and Pauleen, 27. For almost five years, the couple have had to parry incessant negativity from critics denouncing their relationship, mostly because of their 34-year age gap—this was emphasized by the fact that Pauleen was once a contestant in the noontime show “Eat Bulaga’s” “Little Miss Philippines” segment.

Pauleen was called, among many other things, a gold digger—a comment she found most unfair.

“It wasn’t easy, but … things ended up well,” said Pauleen, who walked down the aisle with her mother, Chat, and father, Eugenio.

Another hurdle was getting the blessing of Vic’s children, Danica and Oyo (with Dina Bonnevie), Paulina (with Angela Luz) and Vico (with Coney Reyes), some of whom had initial misgivings about their dad’s May-December romance. But after several talks with his children, Vic and Pauleen eventually received their blessing.

Vic also turned emotional during the homily when the officiating priest, Fr. Jeffrey Quintela, thanked the actor-host’s children for “giving their father a chance to prove that he could be a good husband again.”

“We’re happy for the support of Vic’s family. It was an answered prayer,” Pauleen added.

The reception was held at the nearby Filinvest Tent, which was tastefully decorated with white flowers, crystal charms and light fixtures. Dinner for about 250 guests was catered by Bizu.

The festivities featured the couple dancing silly in a fun dance number to the ditties, “Dessert” and “Hotline Bling,” and exchanging wedding vows, among other things.

Pauleen, on the other hand, thanked her husband for “sticking it out and fighting for me.” “You made me see that true love knows no age, no boundaries,” she said.

Today, the couple will fly to Maldives for their honeymoon. 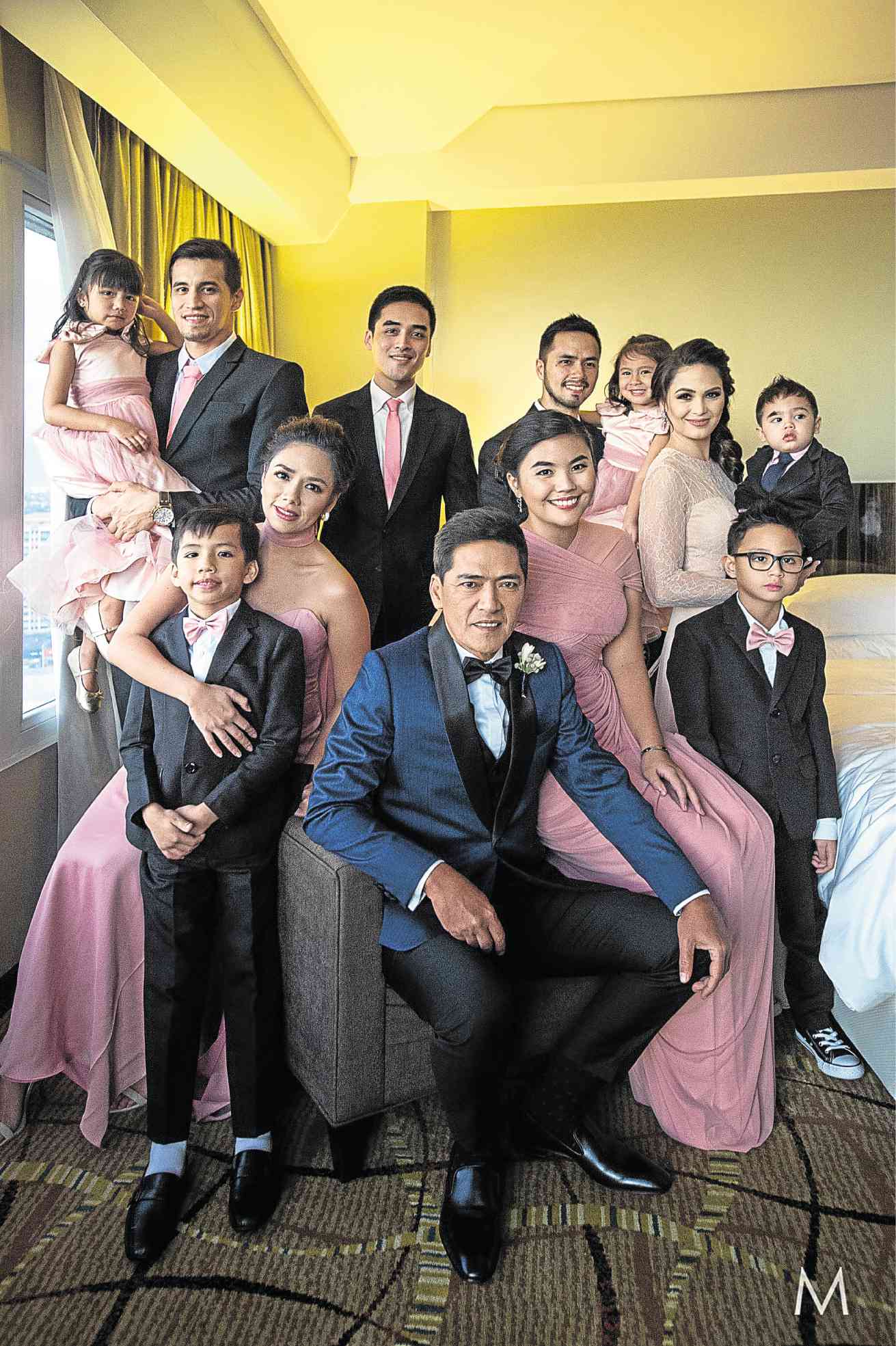 THE GROOM with his children and grandchildren 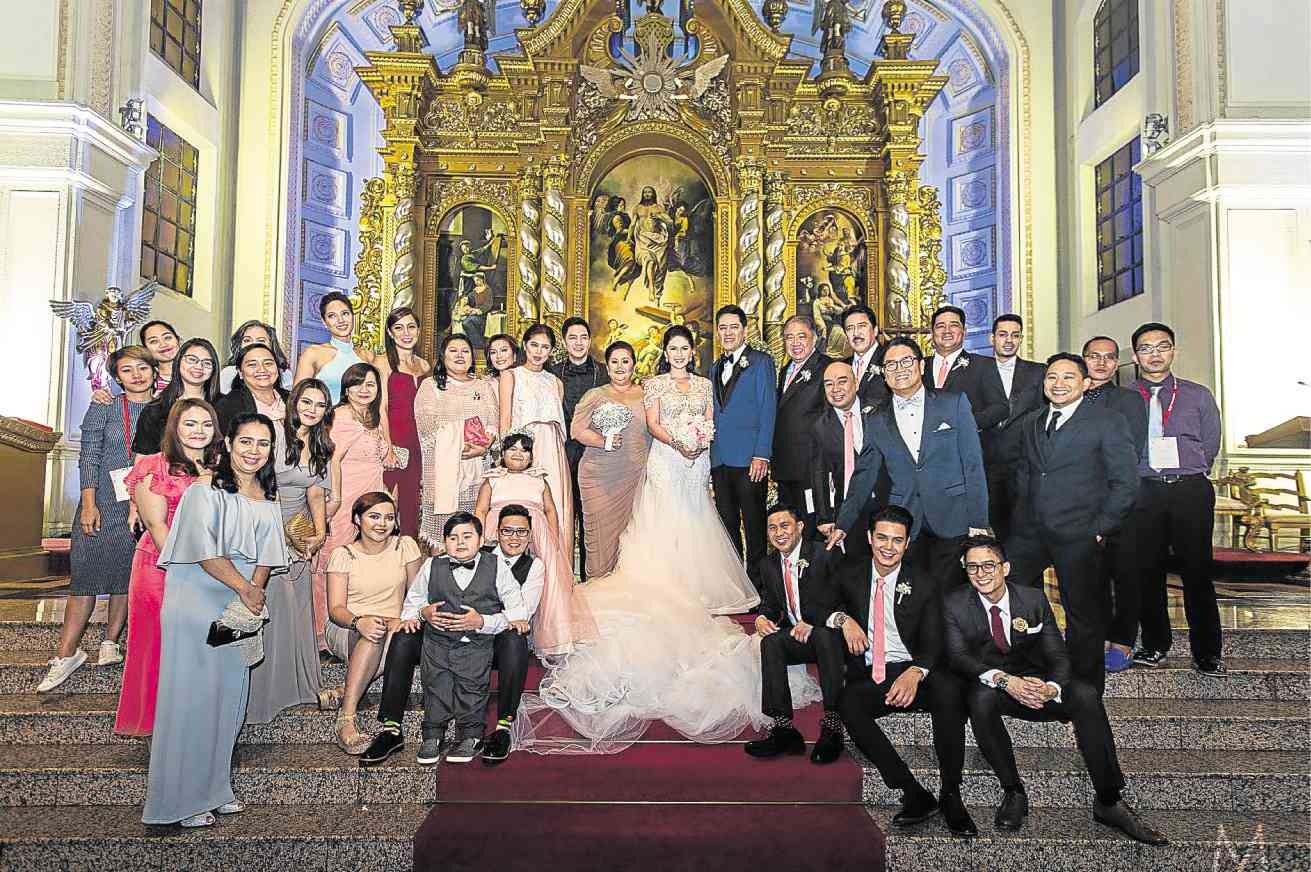 THE NEWLYWEDS with their “Eat Bulaga” family 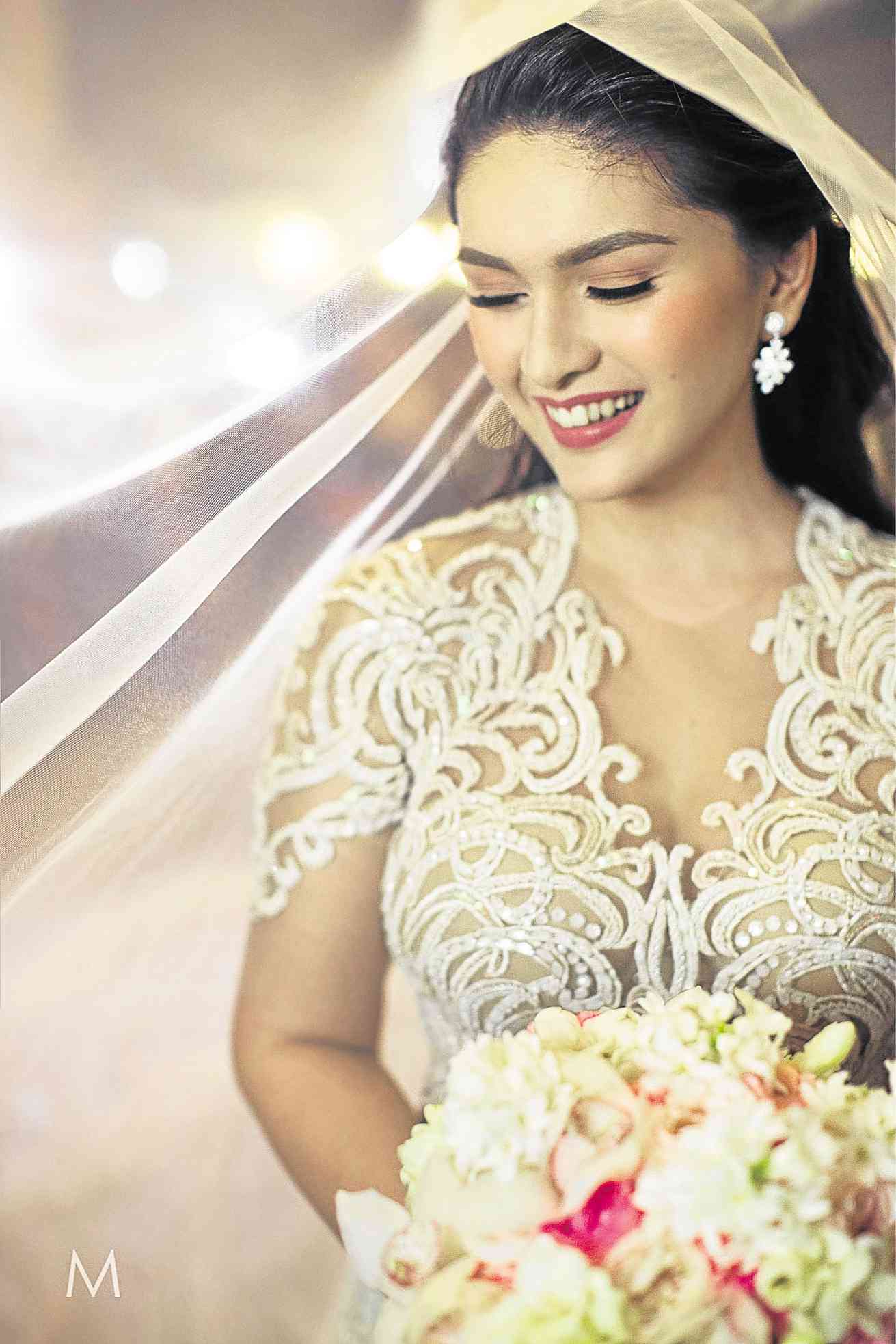 THE RADIANT bride in a Francis Libiran gown