Jiro Manio now out of rehab 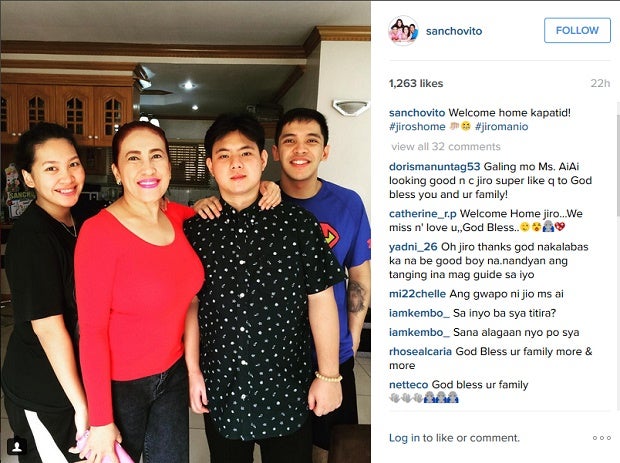 On Instagram, delas Alas posted a photo of her together with Manio and her two children.

Sancho delas Alas also posted the same photo with the caption describing Manio as his sibling.

Last June 2015, INQUIRER.net first reported seeing the multi-awarded actor loitering at the Ninoy Aquino International Airport Terminal 3. He said then that he was running away from home and denied that he was an actor.

Delas Alas, who has played the role of Manio’s mother in the “Tanging Ina” franchise, took Manio to a rehabilitation facility.

The actress has since been posting updates on Manio’s condition on her social media accounts. AJH/RAM