Ex-couple Derek and Solenn, no regrets about their split 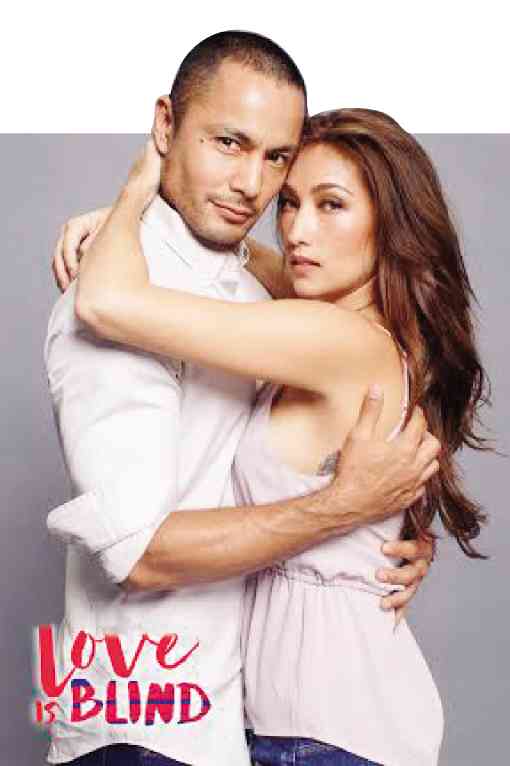 “It’s hard to hang on to ‘what ifs.’ We only deal with the present,” said actor Derek Ramsay when asked if he ever considered rekindling an old flame with actress Solenn Heussaff.

The two worked together for the first time in Jason Paul Laxamana’s romantic comedy flick, “Love is Blind,” which will start screening nationwide on Feb. 10.

“Everything happens for a reason. I don’t regret anything. After all, Solenn is still very much a part of my life, even after the split [nine years ago],” said Derek during the press conference organized by the film’s producer, Regal Entertainment, on Wednesday. “The great thing about us is that we’re still good friends. I can call her anytime, knowing that she’ll be there for me.”

Solenn said the relationship lasted for four years. “Derek was my first real boyfriend. He was my first love, so our relationship was kind of intense,” she shared with reporters. “I was also studying abroad. There was no Skype then. I still bought phone cards, so I could call him for 20 minutes.”

She said the long-distance romance had been tough for her. “But it made me more mature. I think every relationship is different. I’ve learned a lot from what Derek and I went through.”

When it comes to handling relationships, Derek said he and Solenn are the same in the sense that “we both give our all. What I learned from what happened to us was to not focus too much on one another, to not forget myself. She was there studying, and I was here trying to figure out what I wanted to do with my life, but still my priority was to answer the phone whenever she called. It was then when we started having fights for petty reasons.”

According to Solenn, her Argentine boyfriend Nico Bolzico isn’t the jealous type and that he has no issues with her working with an ex-boyfriend. “He doesn’t meddle with my work. He said if you can do it, then go ahead. He doesn’t ask questions.”

For his part, Derek said he is lucky that his current girlfriend, Joanne Villablanca, “trusts me and understands my work. The nice thing about her is that she accepts the kind of job that I do. I was already an actor when we met.”

In “Love is Blind,” Derek plays Wade, who leaves his sexy and beautiful girlfriend Maggie (Solenn) for the ordinary-looking hotel intern Fe (Kiray Celis), much to the surprise of his family and friends.

Asked whether it was possible for him to fall in love with someone who is not physically attractive, Derek replied: “When you see someone you’re physically attracted to, you want to talk to that someone to find out if you have a special connection. If so, you then get into a relationship. It’s harder when there’s no attraction. ”

For her part, Solenn said she has always been “more attracted to personality. Of course, if I enter a room and see someone good-looking, he will catch my attention, but he has to have the intellect to be able to my interest!

“Personality is what lasts. The physical aspect is only there in the beginning. A woman’s breasts will eventually sag—that’s the truth!”