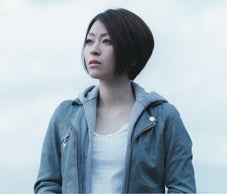 TOKYO—J-pop star Hikaru Utada is resuming her career and singing a new song after a five-year hiatus, said Yomiuri Online.

She is writing the last line of the theme song of a TV drama to air on NHK from April 4, she announced on Twitter on Wednesday, a day after her 33rd birthday.

The native of New York is one of Japanese pop’s biggest stars. In December 2010, she said she would take a break beginning in January 2011 to focus on her life. She wed an Italian bartender in 2014 and had a son last year.