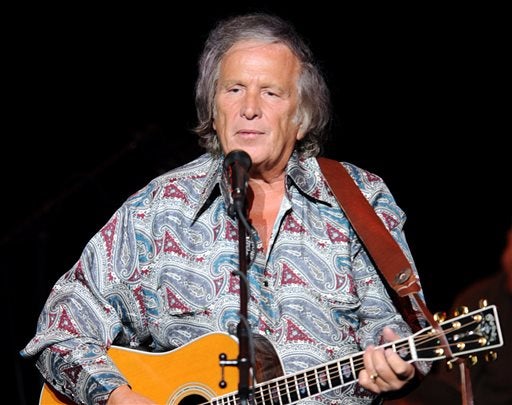 In this July 3, 2012 file photo provided by the Las Vegas News Bureau, Don McLean performs at the Las Vegas Hotel and Casino in Las Vegas. McLean’s original manuscript and notes to “American Pie” sold at auction Tuesday, April 7, 2015, for $1.2 million at Christie’s. AP

WASHINGTON, United States — Don McLean, the author and singer of the enigmatic hit song “American Pie,” was arrested Monday for domestic violence in the state of Maine, US media reported.

The 70-year-old was detained without incident after police responded to a call at his residence in the city of Camden, local news affiliate Fox411 said, quoting the city police chief.

He was then taken to nearby Knox County Jail and released on bail, it said. Celebrity gossip website TMZ reported that bail had been set at $10,000.

McLean is scheduled to appear in court on February 22.

“American Pie” was named the fifth greatest song of the 20th century by the Recording Industry of America and the National Endowment of the Arts, and was also inducted into the Grammy Hall of Fame in 2002.

The original manuscript for the 1971 song sold at auction in New York in April for $1.2 million.

McLean said he wanted to release the lyrics to help people understand the true meaning of the song, which depicts turbulent upheavals of the latter half of the 20th century.