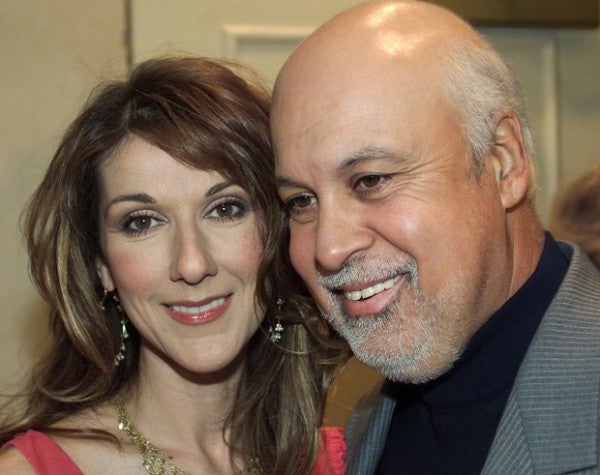 In this March 26, 2002 file photo, singer Celine Dion and her husband, Rene Angelil, arrive for press interviews to promote her new album “A New Day Has Come” in New York. Authorities say Angelil, the husband and manager of Dion, has died in Las Vegas. He was 73 and had battled throat cancer. Clark County Coroner John Fudenberg said his office was notified Thursday, Jan. 14, 2016, of Angelil’s death. AP FILE PHOTO

MONTREAL — Pop singer Celine Dion’s representative said Friday that Dion’s brother has cancer and doesn’t have long to live, even as funeral arrangements were announced for Dion’s husband, who died a day earlier.

Dion’s husband, Rene Angelil, died Thursday after a long battle with throat cancer in the suburban Las Vegas home in Henderson he shared with Dion and their three children. The funeral for 73-year-old Angelil will be held next Friday at Montreal’s Notre Dame Basilica, the same church the two were married in 1994.

His final wishes were to have his funeral at the same church where he wed Dion. A wake will be held on Thursday between 2 p.m. and 9 p.m., where the public will be able to pay their respects.

A celebration of Angelil’s life will also be held on Feb. 3 in Las Vegas at Caesars Palace Colosseum.

Angelil was her manager for decades and was constantly seen by her side. He molded her from a French-speaking Canadian ingénue into one of the world’s most successful singers.

The theme from “Titanic,” the smash “My Heart Will Go On,” has been her defining hit, and she has had other top songs that have sold millions of copies around the world.