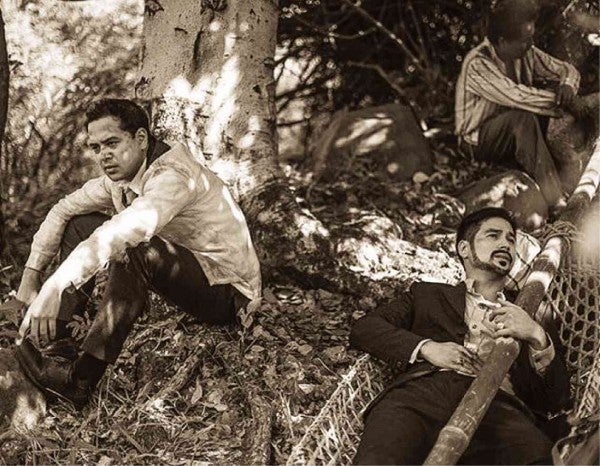 ON THE eve of his film’s departure for the Berlin International Film Festival (Berlinale), acclaimed filmmaker Lav Diaz quietly reflected on the 17-year journey of his latest epic—an eight-hour, black-and-white meditation on the search for the missing body of revolutionary hero Andres Bonifacio.

“The 17 years it took to complete this film seem like a dream now,” he told the

Inquirer. “It was like waking up from a long slumber. I started work on this project in the late 1990s.”

Flashback to the nation’s centennial celebrations in 1998 and 1999. Diaz recalled that he entered the script, then titled “Ang Dakilang Desaparecido,” in the Centennial Commission’s scriptwriting contest from 1998 to 1999.

“There were 10 winners, to be awarded P5 million each. My script was one of the winners. The grand prize went to the late Mario O’Hara’s ‘La Loba Negra.’ We did preproduction, went location-hunting and conducted auditions. We were ready to shoot.”

Then, one day, the winners found out that the “projects had been canceled,” Diaz related.

Of course, it had also reached Diaz that a certain influential personality, related to Emilio Aguinaldo, was curiously involved in the commission. (Historical records implicated Aguinaldo in the execution of Bonifacio.)

At first, it seemed Diaz’s film would meet the same destiny as its missing hero. Diaz, however, persevered. “I searched for funding. In 2005, I got a development [grant] from the Hubert Bals Fund.”

Three years ago, producer Bianca Balbuena approached Diaz and casually asked if he had “a dream project” in mind. Balbuena then teamed up with producer Bich-Quan Tran and “explored various venues.”

Then, in 2014, Filipino filmmaker Paul Soriano came on board as producer. Singaporean producers also provided a post-production grant, said Diaz. Jeremy Chua of Protocol and Fran Borgia of Akanga Film Asia are coproducers, too. 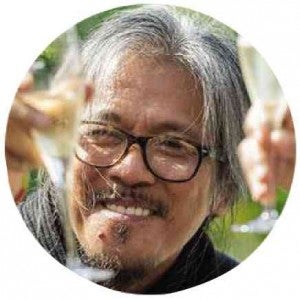 It truly took a global village to finish the film.

Throughout the 17-year “struggle to find financing,” Diaz kept researching and revising the script.

In December, Diaz finished a rough cut that was sent to the Berlinale, with the help of associate producer Paolo Bertolin and programmer John Badalu, Balbuena recounted.

After “a long exchange of e-mails,” the good news came three days before Christmas. It was a fitting holiday present for the cast and crew.

“Hele” was officially selected for the main competition of the Berlinale—one of the world’s top three film festivals (along with Venice and Cannes)—which will be held in Germany from Feb. 11 to 21. “Hele” is only the third Filipino film to compete in Berlinale’s main competition, after Ishmael Bernal’s “Himala” in 1982 and Brillante Ma. Mendoza’s “Captive” in 2012.

“Shortly after, Films Boutique offered to be our sales agent,” said Balbuena.

Diaz feels strongly about presenting this story to a global audience. “Our story is their story, too. They will see humanity’s struggle in the film.”

“This is about our history and for that reason alone I felt the story needed to be told,” Soriano agreed.

Diaz and the rest of the team will attend the red-carpet premiere on Feb. 18 at the Berlinale. “We heard it’s going to be very cold there, but we’ll just have fun, engage in discourse, watch a lot of cinema, check the snow, check the ice, attend some parties—and discover David Bowie’s Berlin,” Diaz asserted.

He described the film, thus. “It’s our hele (lullaby) to our dear country. Mula sa Berlin, iduduyan natin ang bayan. (From Berlin, we will rock the country’s cradle.)”

A Philippine premiere after Berlin is in the works, too. “I hope and pray Filipinos will want to see this film—that we be given the chance to screen in local cinemas. This film was made for Filipinos,” Soriano quipped.

Read Next
‘Murder’ gets away with compellingly scandalous convolutions
EDITORS' PICK
EuroMillions Superdraw: A lottery draw unlike any other is coming to the Philippines
‘Justice will be done,’ Duterte assures as he vowed probe on Jolo incident to bare ‘truth’
Water remains our saving grace right now
Smart releases Hyun Bin’s second TVC
Current dominant strain of COVID-19 more infectious than original—study
DOLE: Return of OFWs’ remains from Saudi to be ‘delayed,’ deadline moved to ‘early next week’
MOST READ
Locsin warns of ‘severest response’ if China’s army drills in SCS ‘spill over’ to PH domain
Duterte tells military: No other president looked at you the way I did
BREAKING: Duterte signs anti-terror bill into law
Go apologizes for 5-on-5 game; PBA summons Japeth, ROS rookie
Don't miss out on the latest news and information.