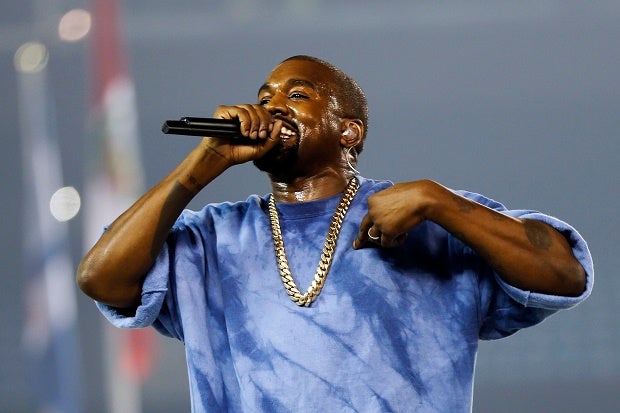 In this July 26, 2015, file photo, Kanye West performs during the closing ceremony of the Pan Am Games in Toronto. AP File Photo

NEW YORK, United States—Rap superstar Kanye West has hinted that his long-awaited next album “Swish” will come out next month.

West, who is one of the most-accoladed rappers ever with 21 Grammys, has not put out an album since 2013’s “Yeezus,” a hard-edged work inspired by Chicago’s drill music scene.

West had since been coy about the release of his new album, repeatedly saying that he would take his time.

The husband of reality television show star Kim Kardashian, West has managed to keep himself in the headlines for other activities.

Likening himself to  Michelangelo for his diverse interests, West has pursued fashion design and has declared, with an unclear degree of seriousness, that he will run for president in 2020.

But West has recently put out for free a number of tracks, with Kardashian suggesting on Twitter that he planned to do so every week until “Swish” comes out.

If the February 11 date is confirmed, West would be putting out “Swish” on a Thursday, ignoring a music industry decision last year to make Fridays the standard global release day.

The signs of the imminent album came as West’s first performance of 2016 was confirmed as a headliner of the June 3-5 Governors Ball festival in New York.

West headlined the Glastonbury festival in England last year but has kept a comparatively quiet performance schedule in recent months.

Other headliners at Governors Ball will include The Strokes, who helped define the New York music scene, as well as the larger world of indie rock, in the 2000s with their spirited post-punk revival.

The band has played only sparingly in recent years, with lead singer Julian Casablancas pursuing a side project, although The Strokes performed at Governors Ball in 2014.

Governors Ball announced its full lineup on Friday that will also include the alternative rock icon Beck, who won last year’s Grammy for Album of the Year, as well as Swedish electro-pop star Robyn and popular rockers The Killers and Death Cab for Cutie.

Governors Ball was inaugurated in 2011 on Governors Island off southern Manhattan before moving to larger Randalls Island.

Festivals have since boomed around the world and especially in North America, becoming a critical source of revenue in the music industry.

Governors Ball has voiced concern amid moves by major promoter AEG, which runs Coachella in California, to create another festival in New York in 2016.

In the lineup release, Governors Ball said it was “born and bred” in New York and last year generated $49 million for the city’s economy.