‘Star Wars: The Force Awakens’ back in PH cinemas January 8 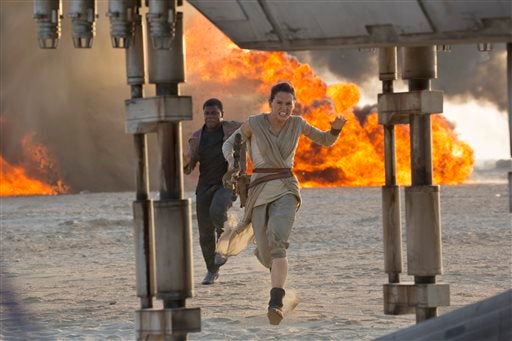 This photo provided by Disney/Lucasfilm shows Daisy Ridley, right, as Rey, and John Boyega as Finn, in a scene from the film, “Star Wars: The Force Awakens,” directed by J.J. Abrams. Disney/Lucasfilm via AP FILE PHOTO

“The Force” is still strong in the Philippines as “Star Wars: The Force Awakens” is set to return to Philippine cinemas on January 8.

The seventh film of the epic saga, which continues to break box office records and raking record-high earnings, will return after Metro Manila Film Festival ends its run on January 7.

Disney has since announced that “Star Wars” has become its highest grossing film, trumping “The Avengers” which was shown in 2012.

The film is expected to become the highest grossing film ever when it opens in China on January 9.

James Cameron’s “Avatar” currently holds the title of being the highest grossing film ever with $2.7 billion earned worldwide in 2009. AJH