There was a point in Richard Poon’s career when he considered experimenting with his music, and venturing out of the big band and swing tunes he is known for. But in his case, he said, staying true to his core was the wiser course to take.

“When you’ve been doing something for so long, you could get bored and it gets a little tempting to shake things up. But in doing so, you could end up veering too far away from who you truly are, and the result wouldn’t be as good,” he told the Inquirer in a recent interview.

For a time, Richard, who’s a skilled guitarist, thought of dabbling in blues music, or perhaps pop, too. “But I chose to focus on what makes me stand out from everyone else,” he said, adding that many of his artist friends always remind him that there aren’t a lot of singers like him in the mainstream.

Thus, Richard soldiered on with the album, “The Crooner Sings Bacharach,” where the recording artist put his own spin on the music of Burt Bacharach—the award-winning American singer-songwriter behind such classic hits as “Always Something There to Remind Me,” “A House is Not a Home” and “Raindrops Keep Falling on My Head.”

“The record was meticulously crafted; I was hands-on, especially when it came to the arrangement of the tracks,” said the 42-year-old singer, who has developed a newfound appreciation for Bacharach after working on the project. 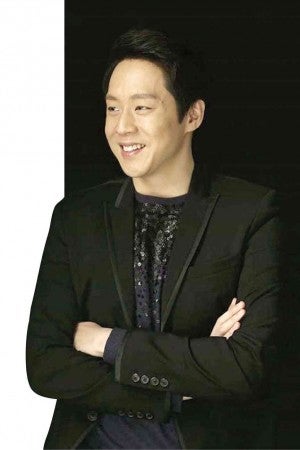 “I’m a fan, but didn’t really bother doing more research about him. So, when I did, I was blown away by his catalogue. One of my favorite songs is ‘Arthur’s Theme’ by Christopher Cross—I had no idea Bacharach was the one who composed it,” he related. “I now look up to him, because I also want to write songs for other artists someday.”

“The Crooner Sings,” a 12-track collection that likewise includes his takes on “The Look of Love,” “Alfie,” “Walk on By” and “I Say a Little Prayer,” will be repackaged and released in Malaysia in 2016.

The new edition will feature an additional song, a revival of the Chinese composition, “Love on a Crossroad,” which he recorded with Malaysian pop singer Jane Tan.

“This is a first for me; I’ve never had an album overseas. I’m hoping for the best,” related Richard. He’s good friends with Christian Bautista, who has enjoyed success in Southeast Asia, specifically in Indonesia.

“I like the road Christian has taken,” Richard noted. “If penetrating a market outside the Philippines is a possibility, then why not? That would be good!”