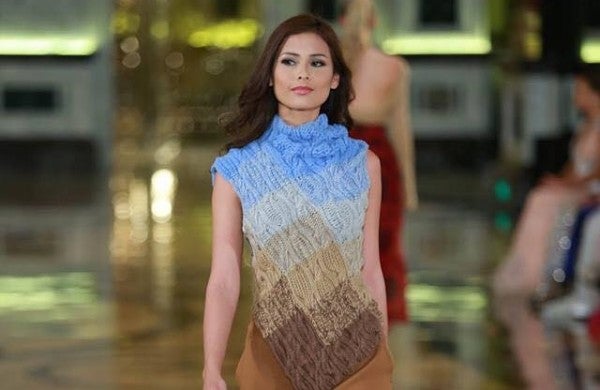 MISS World Philippines Hillarie Danielle Parungao scored a Top 10 finish and topped the “Multimedia” event in the 2015 Miss World pageant held at the Crown of Beauty Theater in Sanya, China, on Saturday night.

Prior to the final cut to the Top 5, Parungao ranked fourth in the Miss World “leaderboard” based on points she earned from the preliminary events.

In the Miss World pageant, all delegates undergo a series of preliminary activities, where they earn points to help boost their chances of bagging the title.

Aside from bagging the Multimedia Award, Parungao also figured highly in the “Top Model” and “Beauty With A Purpose” events, the latter with her charity project called “Katuwang” which aims to curb infant and child mortality in depressed communities.

The 24-year-old nursing graduate from Nueva Vizcaya also sustained the Philippines’ strong running in the global tilt, which was ignited by Gwendoline Ruais’ first runner up finish in 2011.

In 2013, Megan Young gave the Philippines its first victory in the London-based global tilt. Queneerich Rehman finished in the Top 15 in 2012, while last year’s representative Valerie Weigmann cracked the Top 25.

For the pageant’s 65th staging this year, the crown went to Spain’s Mireia Lalaguna Royo, a 23-year-old Pharmacy student from Barcelona. She also received the “Top Model” award.

Guyana’s Lisa Punch, who performed a song number during the coronation ceremonies, topped the Talent competition, while Namibia’s Steffi Van Wyk scored the highest in the Sports and Fitness challenge.

Young was tapped to host the pageant for the second year in a row, along with returning host Tim Vincent and Angela Chow.

This year’s competition had 114 delegates.

Lalaguna’s victory marked the first-ever win for a Spanish contestant.

Not present was Miss Canada, Chinese-born Anastasia Lin, who had been prevented from boarding her connecting flight to Sanya from Hong Kong last month after China refused her a visa.

Lin is an outspoken critic of Chinese religious policy and a follower of the Falun Gong meditation practice, which was outlawed by China in 1999.

She said that after she won the Canadian title, Chinese security agents visited her father, who still lives in China, in an apparent attempt to intimidate her into silence.

China has hosted the competition seven times, starting in 2003, part of its attempts to project a more modern, outgoing image. However, the controversy over Lin’s attendance illustrates the authoritarian communist government’s determination to do so on its own terms, regardless of the cost to the country’s reputation.

Neither Beijing nor the London-based Miss World Organization has commented on the controversy.

It was the second consecutive year that outside events intruded on the competition. Last year’s contest in London was marred by the murder the month before of Miss Honduras and her sister in that country.

The first Miss World contest was held 64 years ago in Britain. With a report from Associated Press