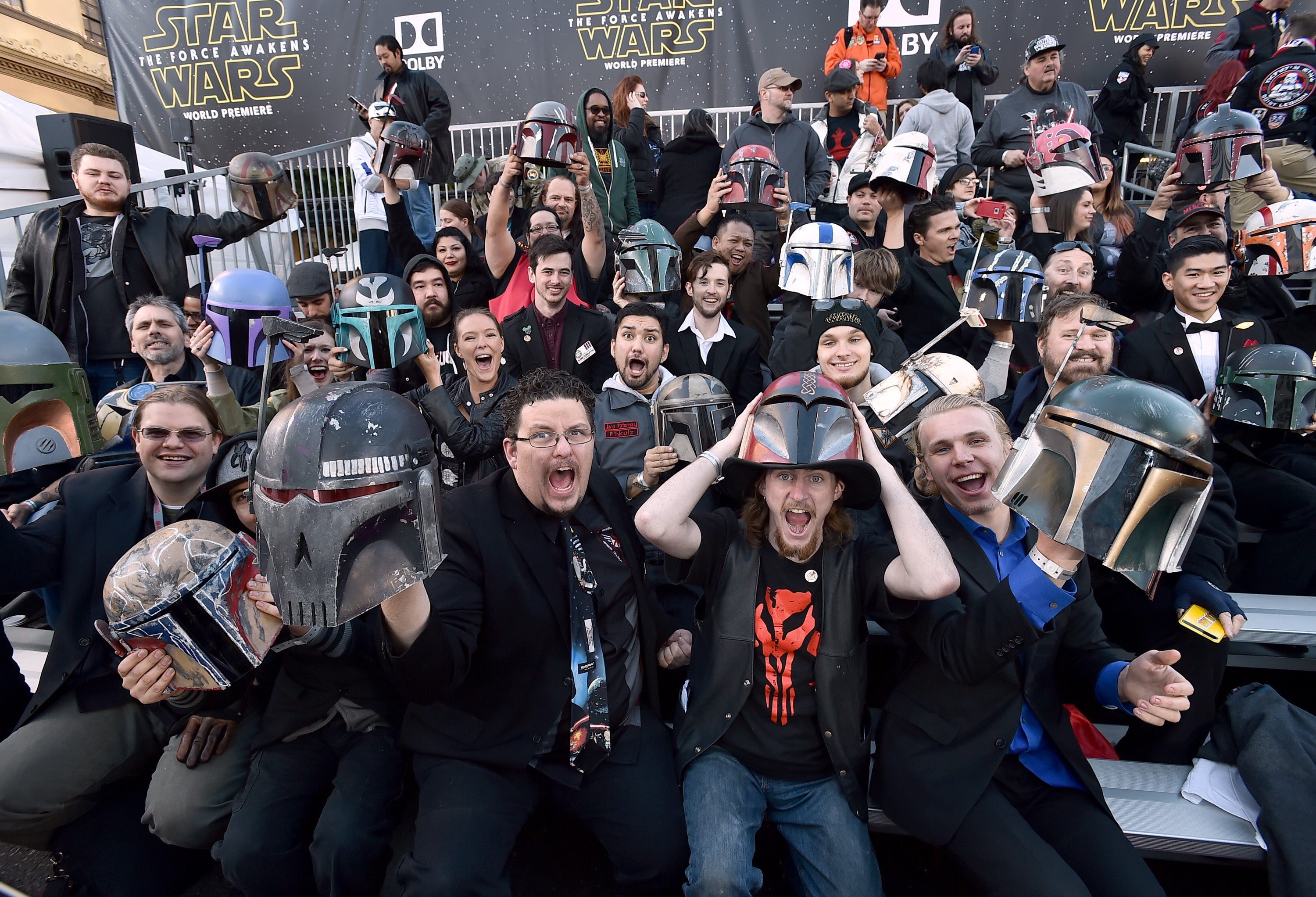 In this Dec. 14, 2015 file photo, fans cheer in the stands at world premiere of “Star Wars: The Force Awakens” at the TCL Chinese Theatre in Los Angeles. Early screenings of the film begin Thursday night, Dec. 17, 2015. AP

NEW YORK—Critics are praising J.J. Abrams’ “The Force Awakens” as a return to form for the “Star Wars” franchise, albeit one that replays many of the saga’s familiar story lines. Here’s a roundup of reviews:

Manohla Dargis, The New York Times: “The big news about ‘Star Wars: The Force Awakens’ is—spoiler alert—that it’s good! Despite the prerelease hype, it won’t save the world, not even Hollywood, but it seamlessly balances cozy favorites—Harrison Ford, ladies and gentlemen—and new kinetic wows along with some of the niceties that went missing as the series grew into a phenomenon, most crucially a scale and a sensibility that is rooted in the human.”

Justin Chang, Variety: “Reinvigorating the franchise with a welcome surge of energy, warmth and excitement after the misbegotten cycle of prequels released between 1999 and 2005, incoming writer-director J.J. Abrams seems to have had the original three films firmly in mind when he embarked on this monumental new undertaking, structured as a series of clever if sometimes wobbly callbacks to a trilogy that captivated a global audience and helped cement Hollywood’s blockbuster paradigm. Still, the reassuring familiarity of Abrams’ approach has its limitations: Marvelous as it is to catch up with Han Solo, Leia and the rest of the gang, fan service takes priority here over a somewhat thin, derivative story that, despite the presence of two appealing new stars, doesn’t exactly fire the imagination anew.”

Todd McCarthy, The Hollywood Reporter: “The Force is back. Big time. As the best Star Wars anything—film, TV show, video game, spinoff, what-have-you—in at least 32 years, ‘Star Wars: The Force Awakens’ pumps new energy and life into a hallowed franchise in a way that both resurrects old pleasures and points in promising new directions.”

Lindsey Bahr, The Associated Press: “J.J. Abrams may not elevate the language of ‘Star Wars,’ but he sure is fluent in it. ‘Star Wars: The Force Awakens’ is no more and no less than the movie that made us love it in the first place. In fact, it’s basically the same thing. Isn’t that what we all wanted anyway?”

Andrew O’Hehir, Salon: “You can choose to understand ‘The Force Awakens’ as an embrace of the mythological tradition, in which the same stories recur over and over with minor variations. Or you can see it as the ultimate retreat into formula: ‘Let’s just make the same damn movie they loved so much the first time!’ There are moments when it feels like both of those things, profound and cynical, deeply satisfying and oddly empty. This is the work of a talented mimic or ventriloquist who can just about cover for the fact that he has nothing much to say. He has made an adoring copy of ‘Star Wars,’ seeking to correct its perceived flaws, without understanding that nothing about that movie’s context or meaning or enormous cultural impact can be duplicated.”

Amy Nicholson, LA Weekly: “‘Star Wars: The Force Awakens’ steers the franchise back to its popcorn origins. It’s not a Bible; it’s a bantamweight blast. And that’s just as it should be: a good movie, nothing more.”