The sixth Inquirer Indie Bravo! Awards, held on Thursday at this paper’s Makati office, had all the ingredients of a groundbreaking, game-changing independent film—high drama, inadvertent comedy and heartfelt musical interludes.

What began as a modest ceremony to honor the achievements of internationally acclaimed Filipino filmmakers has expanded and evolved but has remained unchanged at its very core.

From the start, it has always served as the paper’s thanksgiving party for the accolades indie film community artists have received in film festivals abroad.

This year, it honored 30 film artists, capping the weeklong celebrations of the Inquirer’s 30th anniversary.

“Every time you win and bring home these international awards, you are giving back to your country and making the film industry brim with pride,” Prieto said.

She said that in a lot of ways, indie filmmaking and the Inquirer share the same mission of telling the Filipino story, with courage beyond words.

“We at the Inquirer tell Filipino stories through words, while [films] expose and narrate our society’s story through the visual medium. We always take delight in diversity of talent and this is what the Inquirer Indie Bravo! is all about.”

Two of a kind

In a message read by executive director Mike de la Rosa, Briccio Santos, chair of the Film Development Council of the Philippines, shared the same sentiment.

“Like journalism, cinema is a medium for sparking change, spreading awareness and celebrating the human spirit,” he said.

Quite by chance, the Inquirer’s coverage of the indie scene became its trademark in a very crowded and noisy entertainment scene.

Honoree Jeffrey Jeturian, in a message read by actress Ruby Ruiz during the ceremony, said: “Thank you to the Inquirer for its untiring support of indie filmmakers and for single-handedly bringing the indie film industry to the consciousness of the Filipino audience with its relentless coverage of… our achievements in various international film festivals.”

In his acceptance speech, filmmaker Real Florido agreed: “The Inquirer has helped the industry immensely by serving as a platform that amplifies how greatly Filipino-made films are being recognized beyond our shores.”

In his speech, Chris Millado, vice president of the Cultural Center of the Philippines, also took note of the Inquirer’s game-changing reportage. “Through its stimulating and sustained coverage… the public’s growing fascination of indie films has been fed… At first, we were surprised, but we were also secretly thrilled that ‘indie’ was now considered newsworthy.”

In a video message, Eugenio “Toto” Villareal, chair of the Movie and Television Review and Classification Board, lauded the Inquirer for its “initiative of paying tribute to Filipino artists.”

“Indie filmmakers, artists, directors, writers… are the so-called little ones compared perhaps to those in the mainstream. Yet there in your littleness is your greatness,” he said.

Ten years ago, the Philippine movie industry was dismissed as moribund, if not dead. Still, the Inquirer stubbornly chose to highlight the then-ignored indie scene. A decade later, the gambit has paid off.

Inquirer Indie Bravo! was covered not only by the paper’s multiplatform team, but also by the country’s top three TV networks—ABS-CBN, TV5 and GMA 7. 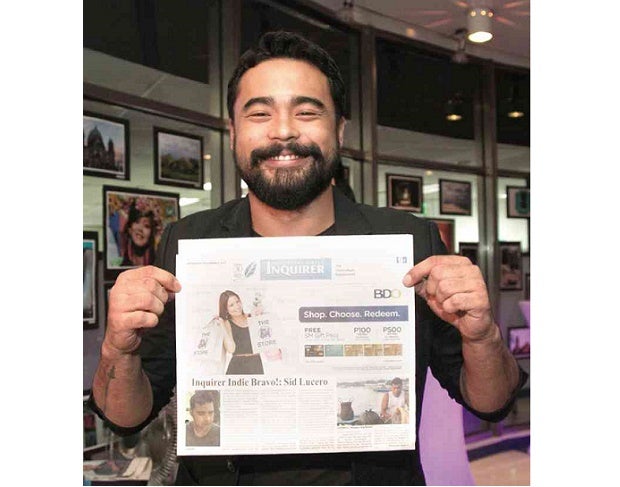 The honor roll keeps growing. In previous years, the list only included directors, actors and producers. Now, the lineup features unsung heroes of the film industry: a music scorer, a film editor and a scriptwriter.

Music scorer Teresa Barrozo shared her trophy with other behind-the-scenes personnel. “I share with and dedicate this recognition to all the hard-working and devoted people in film postproduction.”

Barrozo, who brought her mother Mina Lopez to the award show, can’t help getting weepy. “We have only each other in life. Seeing my mom’s reaction was priceless,” she said.

Film editor Benjamin Tolentino acknowledged that being an Inquirer honoree was “a dream come true.”

“Never in a million years did I imagine I’d ever get a Guyito because I thought it was only for directors and actors. Now, I am looking forward to the stories we will tell in the next 30 years. With the technology we have now, there are no more excuses,” Tolentino said.

It was not all serious speeches and high drama. The evening was marked by laughter and levity as well.

Honoree Kiri Dalena recalled that when she won in Switzerland in 2013, she didn’t attend the ceremony “because I thought I had no chance … My moment finally came two years later.”

Filmmaker Francis Xavier Pasion, who had just planed in from Laos where he attended the Luang Prabang fest, echoed everyone’s exasperation over the holiday rush.

“I left the airport at 6 p.m. … the Christmas season traffic was at a standstill. It was a miracle that I was still able to catch the ceremony.” Pasion brought his proud parents to the annual event.

Actress Aiko Melendez, in an Edwin Tan dress and stilettos, had to run up the Inquirer’s winding staircase, to get to the venue on the second floor. In her speech, she said she was still reeling from the stressful traffic jam that she had to endure for hours.

Actor Allen Dizon had to sneak out of a taping in faraway Fairview, motor all the way to Makati and drive back to Quezon City after receiving his award and Guyito.

Honoree Carlo Enciso Catu charmed the audience with his confession: “My family and I are simple people. My parents get excited every time they see my photo in the Inquirer. My father would not report for work, so he could spend the entire day informing our relatives and friends that I was featured in the newspaper.”

The jokes kept coming even from honorees known for dramatic movies. Richard Gomez, in his acceptance speech, revealed that actors would willingly take drastic pay cuts in making indie films. “There’s very little budget. Sometimes I had to pay for the meals of the crew. But that’s OK.”

Gomez said he felt elated seeing “different kinds of people gathered in the same room… like Kidlat Tahimik. We used to study his films in school (at the University of the Philippines in Diliman). I never thought I’d get to meet him.”

Like a giddy groupie, Gomez made sure he scored a snapshot with the pioneering indie filmmaker before the evening ended.

On its 30th anniversary, the Inquirer throws a pre-Christmas party for 30 film artists