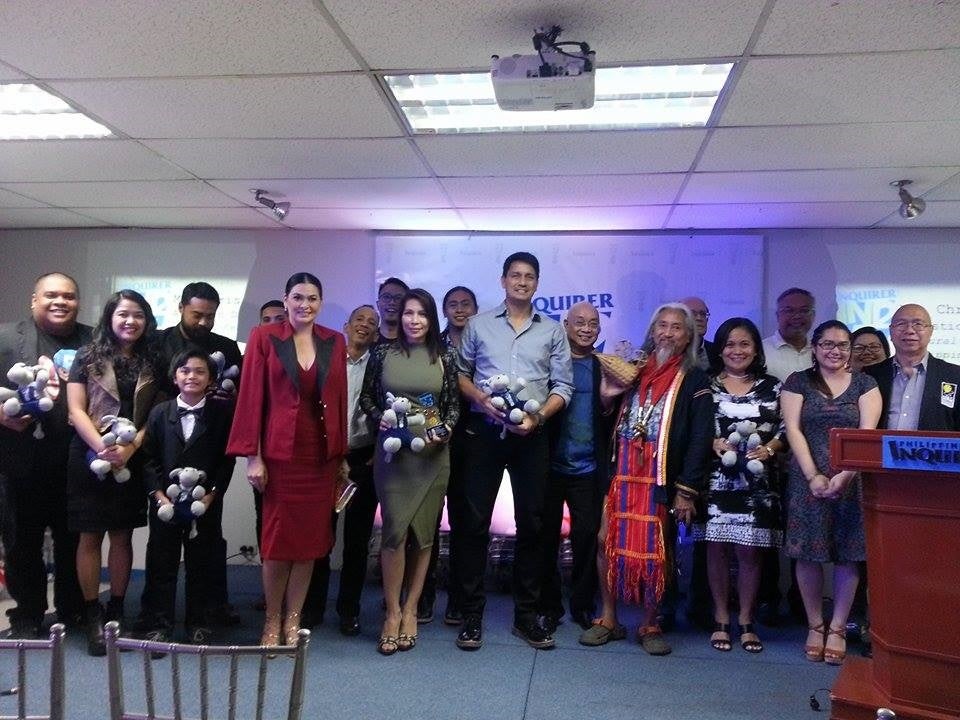 “When I was in film school, we studied Kidlat Tahimik’s works and only here at Inquirer I got to see him in person,” Gomez said upon receiving his best actor award for his role as a rogue cop in Michael Tuviera’s “The Janitor.”

Tahimik was in the audience about to receive his award.

In his first film, “Perfumed Nightmare” (1977) he was actor, scriptwriter, cinematographer and director. A story about a Filipino bus driver played by Tahimik dreams of going into Hollywood and embarks on a journey full of insightful misadventures. It has been shown and awarded in major international film festivals and has been subject of studies in film schools.

Gomez in his younger years studied filmmaking at the University of the Philippines in Diliman.

When it was Tahimik’s turn to receive his Indie Bravo award, he talked about his latest opus called “Balikbayan #1 Memories of Overdevelopment Redux III,” which he said is “35 years in the making”.

Tahimik said it is about the first Filipino navigator in world history. The story goes that Ferdinand Magellan had a Filipino sailor on board his expedition but as how Tahimik explained, “he didn’t complete his journey around the world because he was killed by Lapu-Lapu.”

“But our Filipino ‘balikbayan’ was able to continue the journey back to Spain and passing by other destinations so he navigated the world more than Magellan did,” Tahimik said.

Lucero couldn’t help but indulge for some personal photos with Tahimik after a group shot of the first set of awardees was taken on stage. While other actors were finding their way back to their seats, Lucero took the time to pose beside Tahimik at the edge of the stage while his mother, actress Bing Pimentel, gamely took the role of photographer using her smartphone. 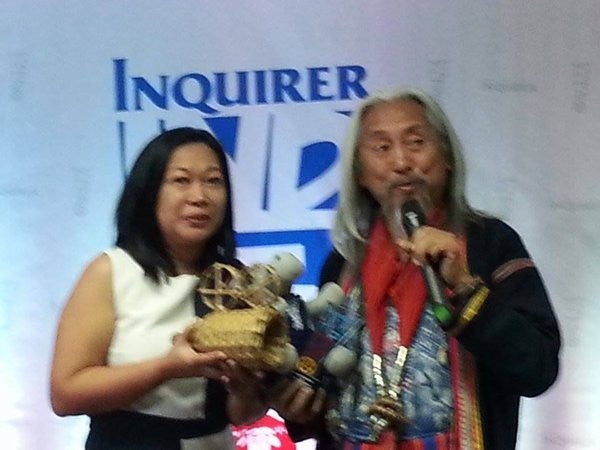 After Tahimik received his award, while giving an impromptu speech, in return he gave “Guyito” his signature Bamboo Camera award. Guyito is the carabao mascot of the Inquirer.

“Because the Philippine Daily Inquirer is also fearless in supporting independent cinema at a time when no one was paying attention to it. And even up to now the support continues. So I am giving my bamboo camera award to ‘Guyito’,” Tahimik said.

“I wish the Inquirer will continue to be fearless in the next 30 years,” he said.

Guest of honor for the night was Emmie Velarde, the purveryor of Indie Bravo Awards. She recently retired as entertainment editor of the PDI. When she was on board, she made sure the indie filmmakers get ample coverage in her pages, while other media outlets and broadsheets were more focused on the mainstream cinema.  “Any news about you was a shot in the arm of our section,” she once said in the previous awards night. 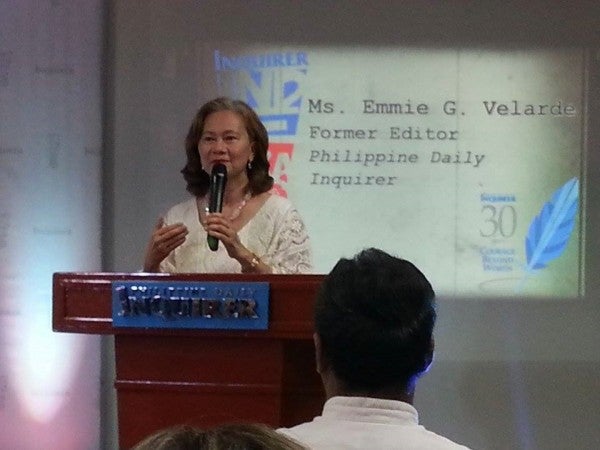 Guest of honor Emmie Velarde was one of the founders and prime movers of Inquirer Indie Bravo. She recently retired as PDI’s entertainment editor but continues to support indie filmmaking. 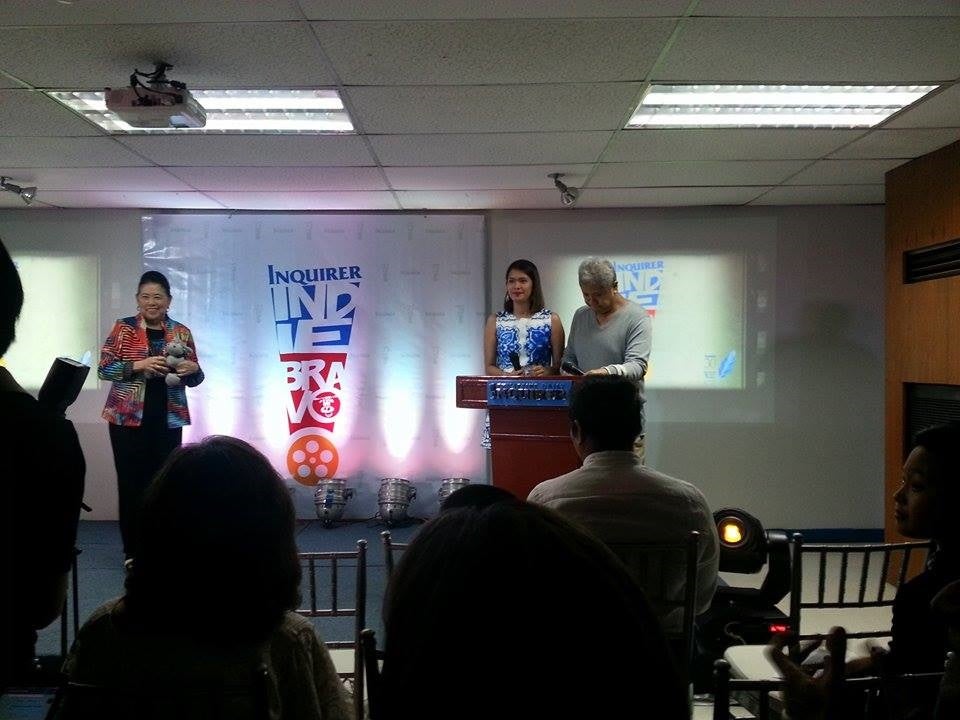 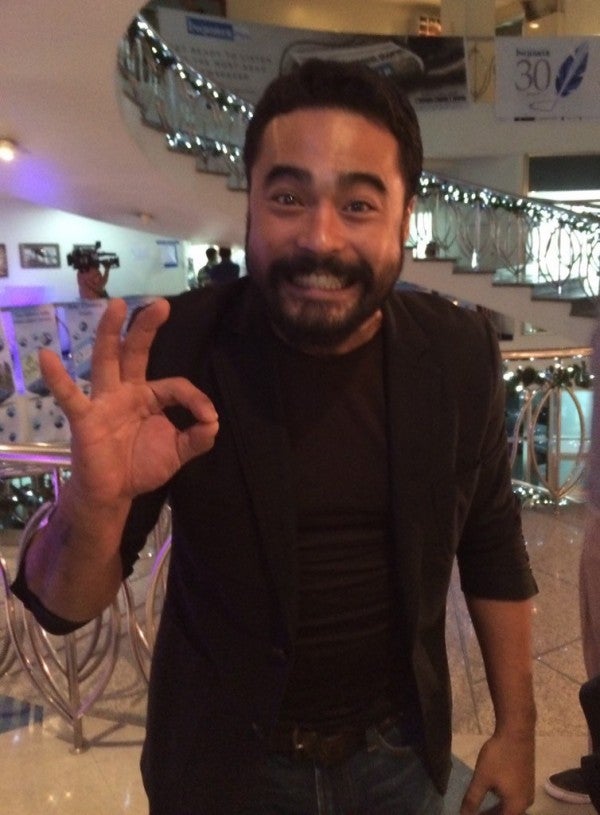 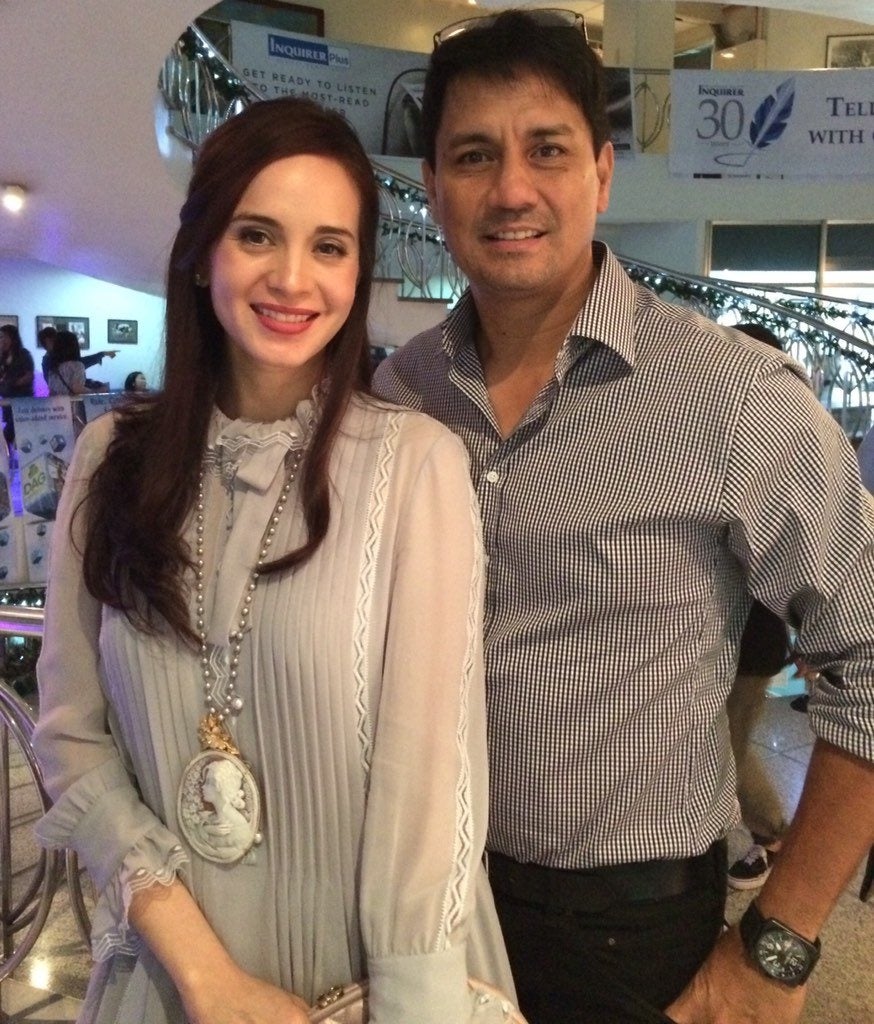