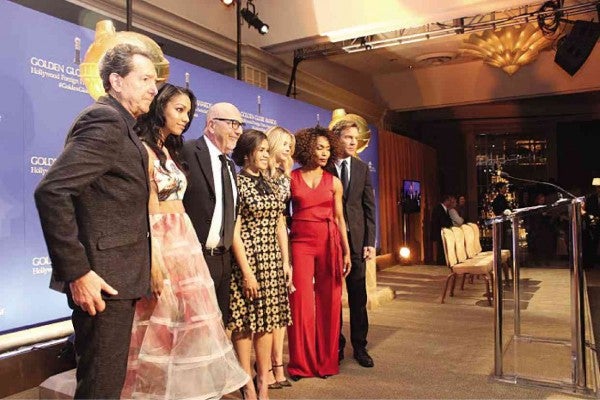 LOS ANGELES—The Filipino codirector of Pixar’s acclaimed animated film, “Inside Out,” was among the talents who woke up early Thursday morning to the exciting news that their work in film and television was nominated to the 2016 Golden Globe Awards.

“Inside Out,” codirected by Pete Docter and “Pixnoy” Ronnie del Carmen, who was honored by the University of Santo Tomas as an outstanding alumnus last August, earned a best animated film nod along with “Anomalisa,” “The Good Dinosaur,” “The Peanuts Movie” and “Shaun the Sheep Movie.”

Following tradition, media from around the world trooped on an unusually foggy dawn in Los Angeles to the Beverly Hilton Hotel for the 73rd Golden Globe nominations announcement. Lorenzo Soria, the president of the Hollywood Foreign Press Association (HFPA), which votes on and presents the awards, presided over the nationally televised ceremonies.

A few hours after the announcement, the reactions of the newly minted nominees started coming in. Some of the quotable quotes:

Ronnie del Carmen, codirector of “Inside Out,” animated picture: Pete Docter asked me to be his codirector more than five years ago. Back then, I thought I won the lottery already. And today we’re nominated for a Golden Globe!

Making this movie is one for the ages. As human beings, we find it hard to talk about our emotions because it’s scary! Pete’s concept makes those conversations easier from now on, because we have these friendly characters to help us through them.

I am calling my mother! I grew up halfway across the globe in the Philippines watching movies and movie awards shows. Now, I’m part of a movie that is nominated for a Golden Globe! Crazy! I am so lucky to be working at Pixar and ever grateful to John Lasseter for making sure that our studio supports ideas like “Inside Out.” Mabuhay! 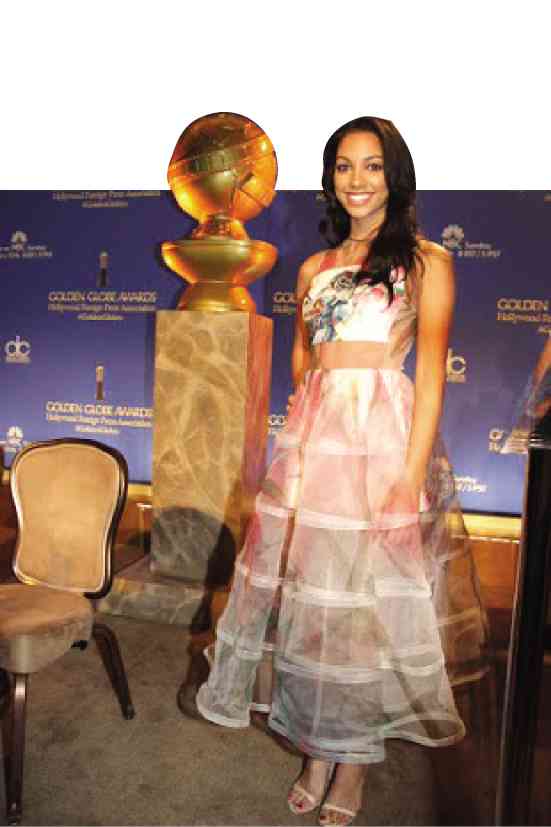 Pete Docter, director, and Jonas Rivera, producer, “Inside Out”: It has been incredibly humbling to see the reception to “Inside Out” by audiences around the world. We set out to make a film that would help us better understand our children, but never imagined it would have the impact that it has. We could not be more thrilled or filled with “Joy” to receive this nomination.

Wiz Khalifa (real name: Cameron Thomaz), cocomposer, “See You Again,” original song: We aimed to write something that truly honored the legacy of Paul Walker and are humbled that it has touched so many people.

Wiz’s not-so-serious reaction Tweet: Shoutout to the Golden Globes for not “bein” afraid to have a known stoner at your event.

Steve Carell, “The Big Short,” actor, motion picture-musical or comedy: I’m very honored. Now, I guess I have to find a tux, lose weight and get Botox.

Lady Gaga, “American Horror Story: Hotel,” actress, limited series or movie made for TV: Thank you to the talented cast, crew and creators of “American Horror Story.” I am too excited for words at this recognition for my work! I dreamed endlessly of being in television and film. This is a real honor for a waitress/singer/actress from New York!

Lady Gaga, ebullient on Twitter: I apologize to my neighbors. I’m still screaming in my apartment in NY! I’m nominated as an actress for a Golden Globe. What a dream. Is this real?

Jamie Lee Curtis, “Scream Queens,” actress, TV series-musical or comedy: As I am recovering from foot surgery, you could call this morning the agony and the ecstasy.

George Miller, “Mad Max: Fury Road,” director: Woke up to the news. Did a little dance. You guys made me dance!

Alejandro Gonzalez Iñárritu, “The Revenant,” director: I can’t believe this time last year we were in Calgary (Canada) shooting “The Revenant.” Right now, I’m in London and just heard the good news! I’m thrilled for our incredible cast and crew. Any nominations for this film are an acknowledgement of them, their hard work and great passion. I’m especially happy for Leo (DiCaprio), his emotional performance, and what he does is truly remarkable. This film is very personal for me; so I think I will have a drink with my daughter tonight to toast everyone who was a part of it.

Brian Wilson, “One Kind of Love,” original song: My life, my love, my Melinda—God only knows what I’d be without her. She was the inspiration for “One Kind of Love.” She just woke me up to tell me the song has been nominated for a Golden Globe—my mind is blown!

Thank you to everyone involved in telling my story. And a huge hug to Paul Dano for his nomination this great morning! I’m now going back to bed for some sweet, sweet dreams. “Love & Mercy!”

Paul Dano, “Love & Mercy,” supporting actor-film: “Wow! Amazing. Touched. Humbled. Thrilled. One of the great honors and pleasures of my life is to know Brian Wilson. He has made me and so many others “Smile” with his music and spirit. So proud to tell his story and be a part of “Love & Mercy.” A true honor. Smiling big. Love.

Tobias Menzies, “Outlander,” supporting actor, limited series or movie made for TV: Obviously, as a child of the ’80s, any list (of nominees) with Christian Slater on it is good with me! Thank you to the HFPA for making my childhood fantasies a reality.

Lenny Abrahamson, director of “Room,” motion picture-drama: For an independent film like “Room” to be nominated for best picture for the Golden Globes is an extraordinary vote of confidence and a tribute to the amazing work done by all the talented people involved in the production.

I am particularly delighted for Brie Larson (actress) and Emma Donoghue (screenplay). Their unique artistry is being recognized today.

Daniel Pemberton, “Steve Jobs,” original score: I just got nominated for a Golden Globe—that is proper bonkers! I wanted to “Think Different” in how I approached this score and working with a cinematic visionary like Danny Boyle (director) meant I could.

Since “Steve Jobs” was brilliantly written by Aaron Sorkin in three acts, I took three different musical approaches, so Danny got three scores for the price of one. It’s the bargain of the year!

Patrick Stewart, “Blunt Talk,” actor, TV series-musical or comedy: I’m tremendously proud of my costars, all of whom are funnier than me any day of the week. I never dreamed of a life working in comedy, but thanks to Starz and the great Jonathan Ames and Seth MacFarlane, “Blunt Talk” has given me such worthwhile challenges and endless hours of fun. Now I can’t imagine my life without it.

Eddie Redmayne, “The Danish Girl,” actor, motion picture-drama: I’m equally thrilled that Alicia (Vikander, actress) and Alexandre (Desplat, score) have been recognized, as well. Having the opportunity to help tell Lili and Gerda’s story has been a great privilege for me. I am hugely grateful for the guidance, generosity and insight given to me by the transgender community.

Jennifer Jason Leigh, “The Hateful Eight,” supporting actress-motion picture: I never get such great news while making my son’s lunch in the morning!

Charles Randolph, “The Big Short,” screenplay: Rarely in life do you go from dead asleep to jumping up and down in seconds. It’s like Christmas when you’re 10! I’m beyond thrilled that the HFPA has embraced such an unusual and important film.

Moira Walley-Beckett, creator, showrunner and executive producer of “Flesh and Bone,” limited series or movie made for TV: I was hiking a trail in Ojai, California, when I got the news. My yelp of joy startled my dogs so much that they came running back to check on me! It’s especially thrilling to be recognized for “Flesh and Bone,” because it is a passion project for me! And I couldn’t be happier for my shining star, Sarah Hay! I’m over the moon!

Gina Rodriguez, “Jane the Virgin,” actress, TV series-musical or comedy: Last year, HFPA changed my life. To be invited back—what a tribute, what an honor and what a sweet, sweet confirmation of all the hard work! Last year, I couldn’t ask them to marry me, but now we are on Year Two, so we have history…yes?