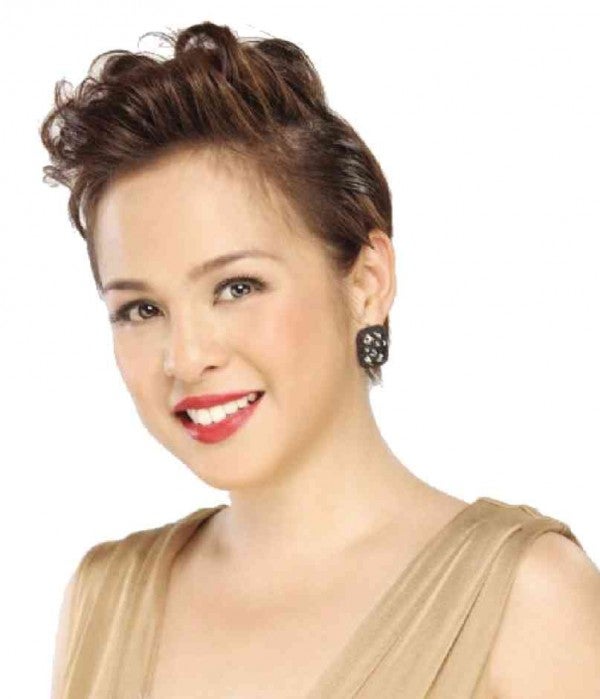 VALDEZ. Her performances are always felt and implicitly believable.

There are literally hundreds of stars and starlets on the local performing scene, but only a few are such good and gifted performers that we want to see them more often on the TV or movie screen. This month’s batch of “Perform Pa More” stars are paced by Nikki Valdez, whose far too occasional appearances and performances are always felt and implicitly believable—and thus eminently conducive to empathy on viewers’ part. Nikki’s versatility is similarly exceptional, so we would love to see her on a daily drama series!

We also miss Maricar Reyes, whose combination of talent, sensitivity, versatility and beauty is a big plus for any production she appears in. Strangely and frustratingly, however, it’s been a while since we’ve seen her onscreen—so, casting directors, why are you sleeping on the job?

A veteran performer who’s continued to improve through the years is Gardo Versoza, but he too has generally been underutilized on local screens. We did catch him last Saturday on the “CelebriTV” show, but he was made to swish and dish floridly to get cheap laughs. —Such a poor use of this gifted and versatile star! Give Gardo better and more challenging performing assignments, please.

In the music field, we want to see and hear more of Zia Quizon. And, while we’re at it, can we also ask her mom Zsa Zsa to act again real soon? She agrees to do so only occasionally, but her characterizations are really vivid and choice.

To really make our day (and year!), we would love to see Zsa Zsa give musical theater a go, by way of a challenging role in a Filipino musical!

Back to TV and the movies, it’s been a while since we’ve caught a performance or appearance by Xyriel Manabat. We know that Xyriel is now in that “awkward” stage between childhood and “tweenhood,” but she’s still an outstanding and insightful actress at whatever age! So, we hope that a producer and director will whip up a special TV anthology drama episode specifically written to suit her current age and appearance. —Other “awkward” tweens would surely approve—and empathize away!

Denise Laurel came into her own in her last teleserye, so we hope that she will quickly follow up with another remarkable portrayal.

For his part, John Arcilla finally made his mark in “Heneral Luna”—but, what will he do for an encore? John is one of the most passionate performers we have, so he was perfectly cast as the florid, torrid Heneral.

Going along with that casting thrust, he should follow up with another larger-than-life characterization—or, to impress viewers with his versatility, he could go in the opposite direction and play a taut, introverted character in an intentionally small and jewel-like production.

Speaking of “Heneral Luna,” it was produced and cowritten by Eddie Rocha, who memorably played the jovial monk in “Ganito Kami Noon, Paano Kayo Ngayon.” We thus hope to see him cast in a big role in their production company’s next heroic bio epic, on Gen. Gregorio del Pilar. —Dear Eddie, Perform Pa More!