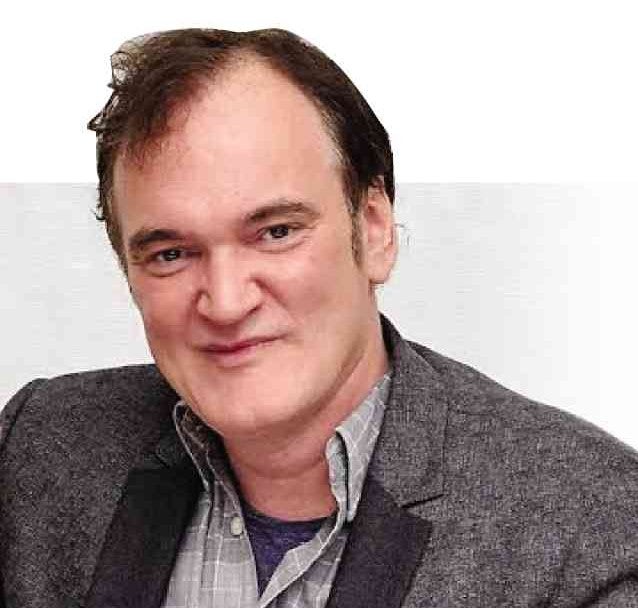 LOS ANGELES—Quentin Tarantino, ever the walking film encyclopedia, was his usual voluble self in our recent interview. The auteur shot his latest film, “The Hateful Eight,” in 70 mm. It features an overture and even an intermission, which is about 12 minutes long (the movie runs about three hours).

What inspired you to come up with this story of eight people?

It was the idea of doing a movie with every character… who is more or less a scoundrel. Nobody is good in this movie. They could conceivably be the bad guy or at the very least, the antihero in another Western or another film you would see. I didn’t want any of the characters to have any moral ground.

I was influenced by a lot of the TV western shows of the ’60s and random episodes. If you remember shows like “The Virginian,” “Bonanza” or “Gunsmoke,” rarely were they about the lead character. It was usually about the guest star—Charles Bronson, Robert Culp, James Coburn or Vic Morrow—they would show up, and they usually had a past. You didn’t know the truth about their characters.

And you had a Doug McClure character, a James Arness  or a Little Joe (Cartwright, a “Bonanza” character), helping them out. But Little Joe was your moral center, while you were waiting to find out about this guest star, whom the episode was about—was he truly a good guy or a bad guy?

I thought, what would happen if we took all those guest star-type characters and literally cast them with the type of actors who would be terrific on a show like that? And put them in a room, and have them hash out their situations but there isn’t a moral center.

You drew one of the best performances from Jennifer Jason Leigh. But were you worried that you might get criticized that the only female character is often beaten?

As a creator, writer and artist, I can’t think like that. I can’t entertain that kind of outside view of my characters. I have to indulge in them 100 percent. But if I were to do it, I would be airing onto me a much more horrible side, i.e., the fact that it’s my job to write  interesting, three-dimensional characters who can do, say anything or go anywhere.

But at the same time, what I kept thinking was, Susan Atkins, the bloody killer with the Manson Family, also known as Sadie; she was a woman, and she did the things that she did. And all women aren’t tarnished or tarred and feathered with her brush. But that was her character and that is who she was. That was what she was capable of. I did want Daisy, especially in the first half, to have that quality almost of a Manson girl out West.

Could there be a third film after this and “Django Unchained” to make a trilogy?

In fact, I would expect that. I actually do feel, at least in today’s modern world, that you need to do three Westerns to call yourself a Western director. Any less, you are just dabbling in the genre.

They (his two films) say something different from a lot of the other Westerns that have existed for almost 100 years now. I am actually quite proud of that. I need to do a third one, then I can let those stand. They will stand as Western films that are a testament to their time.

Before you worked in a video store, what were the films that had a profound effect on you?

“Rocky” was a very important movie to me when I saw it at 12 or 13. It didn’t make me want to be a filmmaker, but it made me want to be involved in film. Stallone’s whole story of writing the “Rocky” screenplay was influential to me. He was like a people’s champion as far as I was concerned. I remember rooting for him at the Academy Awards, like somebody had snuck into Hollywood.

When I did “Pulp Fiction,” I felt a similar way, like I had somehow gotten across the wall. But the movies that got me thinking cinematically for the first time was Sergio Leone’s “Once Upon a Time in the West” and Mario Bava’s “Black Sabbath.” If you look at something like “Once Upon a Time in the West,” it’s so  orchestrated that if you’re thinking about how cinema is put together, you can see how Leone did it. That gave me more of a tangible idea of what a director did.

What would you do without movies?

Luckily, I have a big 35mm collection. I have my own theater and we show 35mm movies so I’m OK, at least as far as that is concerned. Maybe I don’t have the choices I had before, but there’s a lot before this decade to watch.

If you look at something like the “Kill Bill” movies, which I consider one movie, I don’t know if I will ever make a movie as coming from such a visionary place. It wasn’t about the dialogue. It was about testing my chops in film, and combining a lot of my loves for cinema into one thing.

I don’t think I would ever be coming from that visionary place. Even the zeal with which I shot it (“Kill Bill” movies) was similar to shooting (Will Friedkin’s) “Sorcerer” or attempting to doing something like what [Francis Ford] Coppola did with “Apocalypse Now,” even though I didn’t pay for it with my own money like he (Coppola) did. So, any comparison of that falls apart.

But  you will notice that, since “Kill Bill,” my work has taken a turn for the literary. I have gone further down that road. I am really proud, and I want cinema to be great. I want my action scenes to be fantastic! 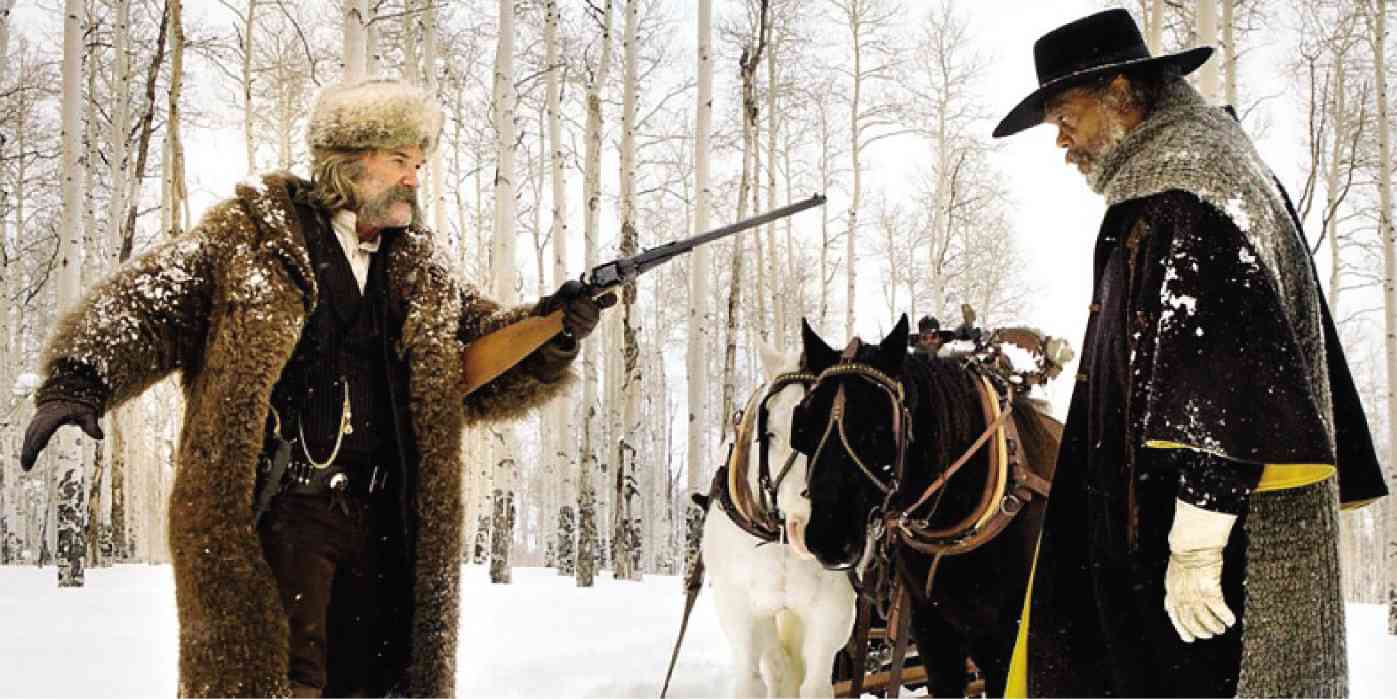 What do you think is the future of cinema?

I don’t want to make blanket statements, but I think we’re at a weird crossroads. We are at a changing time. I don’t think anybody even knows what the next five or 10 years will have in store for us. One thing I have noticed is, it usually takes me about three years to do a movie. That isn’t me d****ng around. It’s because I am writing.

In the case of “Django Unchained,” “Inglourious Basterds” and “The Hateful Eight,” as far as I normally do it, I got to work right away as far as I was concerned and at least the script is concerned. But every time I do another movie, even in those three years, things are different. The protocol on the set, the way things run and the way the industry standard has changed slightly to one degree or another has been always a little different.

The crews are always  used to something else other than what I do. I don’t want to be the oldest guy on the block who is always complaining that the old days were better and everything. I don’t even know if that is the case, frankly. I do think we are at an interesting tipping point.

Read Next
Epy Quizon no stranger to offbeat roles
EDITORS' PICK
vivo brings to the Philippines a powerful smartphone with a slimmer body, the vivo Y02s for only PHP 6,499
Apple warns of flaw that lets hackers into iPhones, Macs
46% of schools nationwide to have full face-to-face classes on Aug. 22
House energy committee chair Arroyo bats for cheap electricity
What to watch out for when selecting a video surveillance solution
Heads may roll at BOC, says Palace if sugar smugglers are allowed to use recycled import permits
MOST READ
DepEd to give teachers P5K cash allowance within first week of classes
LOOK: Miel Pangilinan dazzles in glittery pre-debut shoot
DOJ indicts bank officer in $2.1 billion Wirecard fiasco
PH importing sugar after all: Marcos okays 150,000 MT
Don't miss out on the latest news and information.