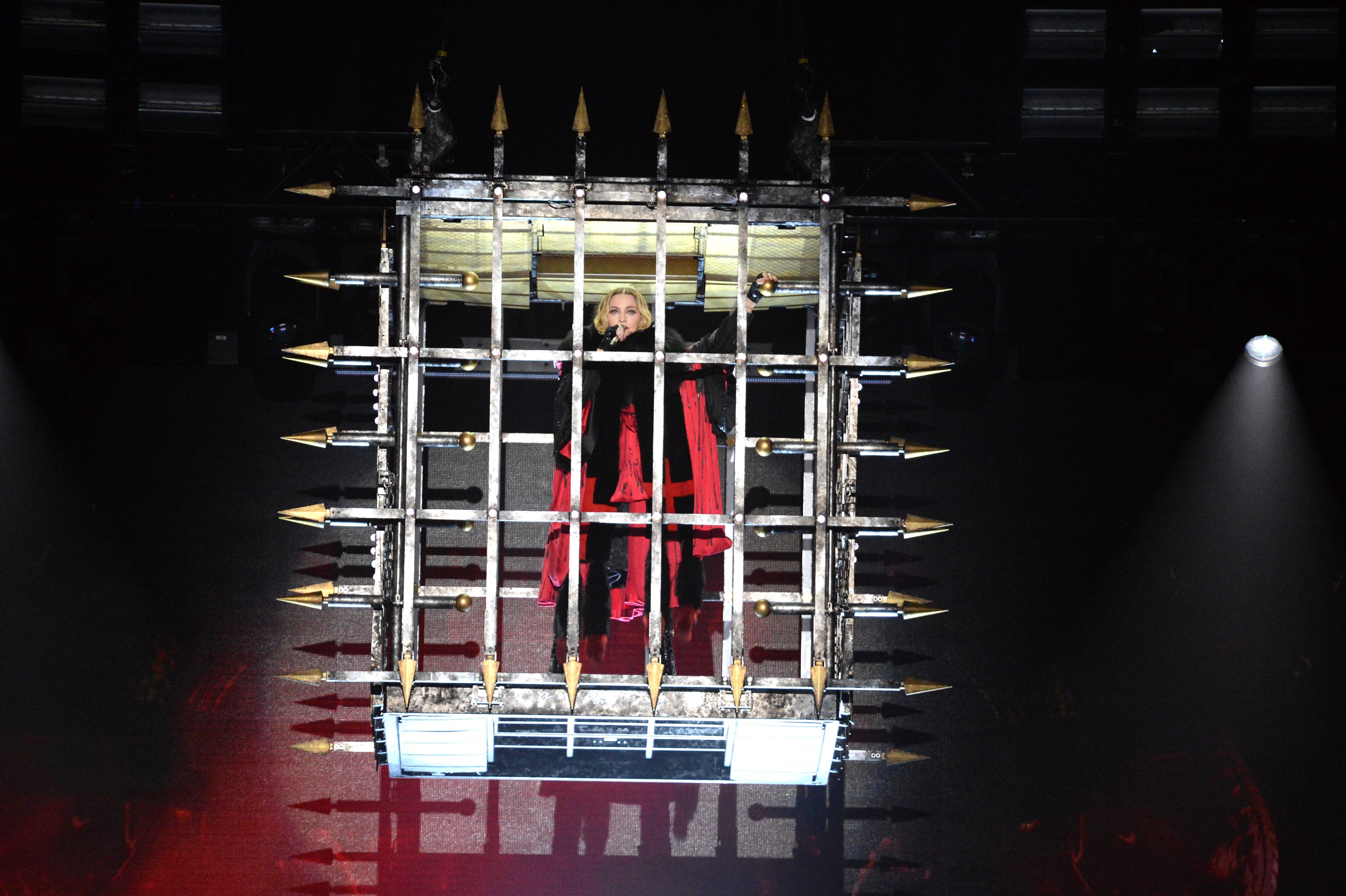 In three months, Filipino fans of the Queen of Pop will pay homage to their favorite icon at the highly anticipated RebelHeart Tour scheduled February 24 and 25, 2016 at the Mall of Asia Arena.

Only few tickets left to RebelHeart at the Mall of Asia Arena and exciting perks await all ticket buyers!

To all major credit card holders, here’s your chance to get closer to the Queen of Pop! Ticket buyers for LOWER BOX can now avail of SM Tickets special offer with 0% interest for a 6-month instalment plan. This offer is valid only for over-the-counter purchases. For inquiries, please call SM Tickets at (+632)470-2222 or log on to smtickets.com. 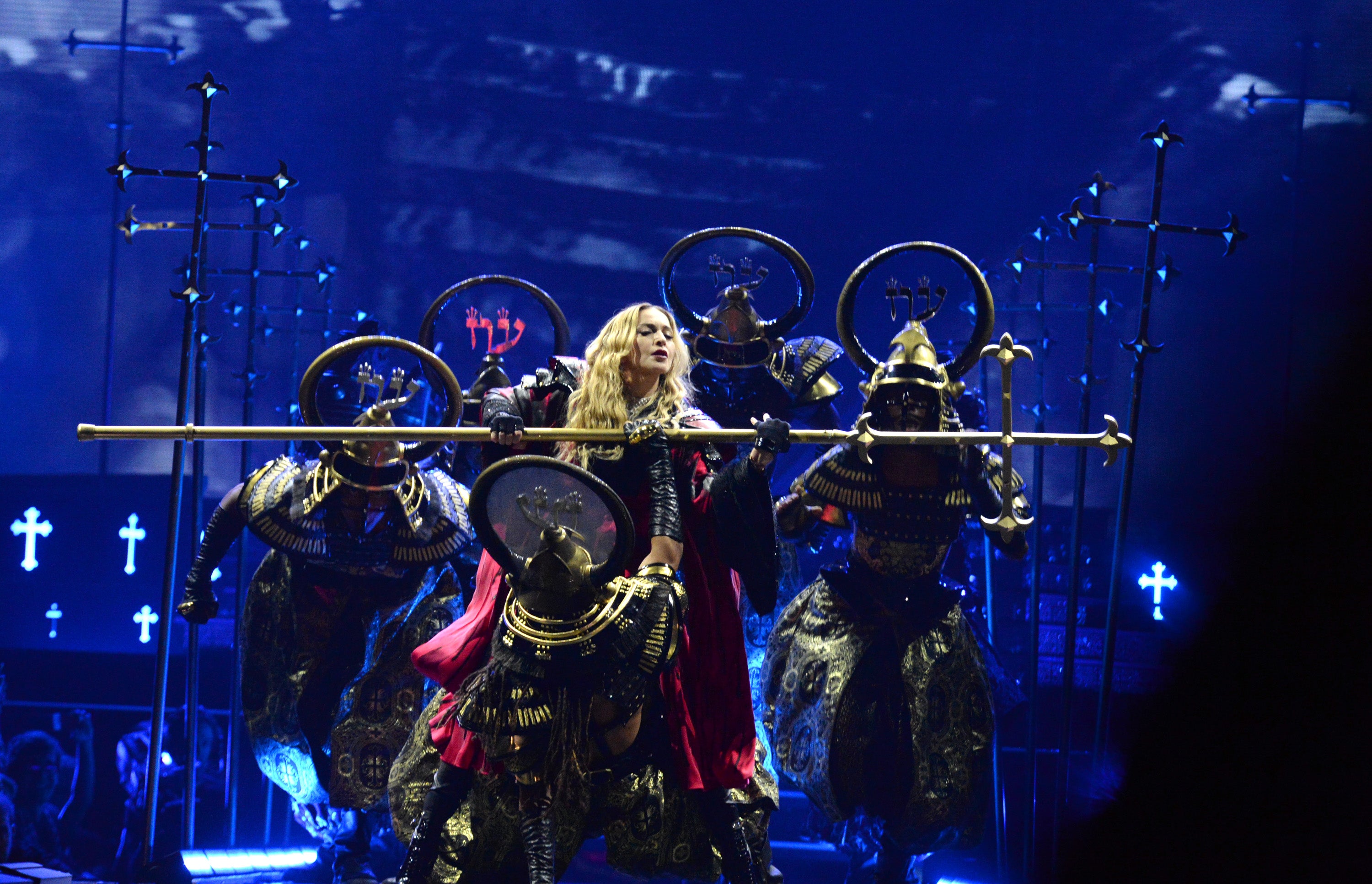 “Watch and Be Treated like Royalty” with a Stay-cation Package! You may now avail the concert package of Madonna’s RebelHeart Tour in Manila worth PhP 65,000.00 which includes Two (2) Lower Box tickets for the February 25, 2016 show; overnight stay in a luxury room (good for two) at The Sofitel Philippine Plaza Manila (double or king depending on room availability), breakfast for two at Spiral and FREE scheduled shuttle service from the hotel to the venue and back, after the concert. This offer is valid until December 30, 2015. For inquiries, please call SM Tickets Special Hotline at (+632)8632810 or log on to smtickets.com.

For more Globe deals, you may now get free seat upgrades when you buy Madonna RebelHeart concert tickets at any of Globe’s “Follow the Rebel Heart” events! You can also get double the value of your Globe Rewards points when you use it to purchase concert tickets at any SM Tickets outlet nationwide. Watch out for more announcements from Globe by visiting www.globe.com.ph/BeOneWithMadonna and follow Globe on Facebook, Twitter & Instagram.

The Rebel Heart Tour kicked off in Montreal on September 9 and statistics have been announced which consists of 2,500,000 Swarovski crystals adorn Madonna’s costumes, 2,150,400 LED Pixels are light up the rear screens on the Rebel Heart stage, 140,000 pounds of lights, sound and video equipment necessary for each night’s performance, 55,000 pounds the weight of the moveable stage ramp used multiple times throughout the concert, 10,000 number of hours of workmanship have gone into creating costumes from Alessandro Michele for Gucci, Alexander Wang, Fausto Puglisi, Jeremy Scott for Moschino, Nicolas Jebran, MiuMiu, Prada and Swarovski, 1000 plus wardrobe pieces are required for all the performers onstage, 500 pair of shoes have been custom made, 200 plus pair of fishnets will be worn by Madonna by the time the Rebel Tour wraps, 180 the number of people working and traveling on the Rebel Heart Tour, 121 Days of Rehearsal before the opening night of the tour in Montreal, 60 people make up the costume staff dressing, sewing and adjusting the costumes night after night, 25 string instruments are used during the show, 23 Songs are on the RebelHeart Tour set list each night, 22 videos play on the rear screens during the concert, 20 dancers dance nightly with the Material Girl, 17 make-up brushes and 5 powder puffs will be used on her each night, 13 drums will make up the drum-kit, 7 bouncing sway poles extend over the audience during the performance, 6 custom designed sets of lashes are used each night and 4 static poles arise from the stage during the show.

The RebelHeart Tour continues throughout North America and UK/Europe before heading to Asia, New Zealand and Australia next year. “Madonna continues to be one of the most successful touring artists in history. Her shows are always legendary and we are thrilled to have her back on tour,” says Arthur Fogel, President – Global Touring and Chairman – Global Music.

Experience hits after hits including “Material Girl”, “Like a Virgin,”“Holiday,”“Vogue”to name a fewand smattering of new songs from “Bitch I’m Madonna”, “Iconic”, “Living for Love”, “Ghosttown” and “Rebel Heart” in a night you won’t forget. The RebelHeart Tour follows the release of Madonna’s critically acclaimed 13th studio album – RebelHeart – by Interscope Records.

Madonna’s RebelHeart Tour is brought to us by Live Nation Global Touring and MMI Live and presented by Globe.