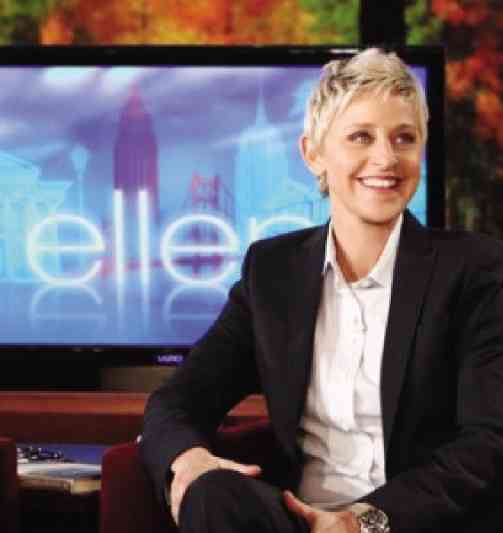 Ellen’s “secret” edge has enabled her talk show to prosper for more than a decade.

Even after 2,000 telecasts, Ellen DeGeneres’ TV show continues to rate well and delight viewers, making its rivals wonder what its “secret” edge is that has enabled it not just to last, but also to prosper for more than a decade.

For viewers who recently caught “Ellen’s” 2,000th telecast, however, it was no secret at all. It was completely evident in the way the celebratory telecast was structured, and the key components that it highlighted:

First, Ellen made it a point to look back at her show’s exceptionally successful run, and give thanks for all of the bounties and high ratings that have come her way.

Next, it was the turn of some show biz people who had been helped in various ways by her show to express their gratitude: The celebrities were led by Justin Timberlake, who attributed part of his stellar success to the “exposure” he got on “Ellen” when he made the risky decision to go solo.

After that, it was the turn of many “ordinary” beneficiaries of the program, each of whom had been gifted with hundreds and even thousands of dollars to help pay the bills in their time of need!

Quite a number of them even got new cars or house-and-lot packages when they were down and out—so, their gratitude knew no bounds!

Through the years, Ellen and her show have acquired a reputation for being so helpful and generous that even the “losers” in the program’s games also end up as winners!

Best of all, many are the times that the entire studio audience gets all sorts of freebies worth a lot of money to make their visit a most memorable experience!

In this regard, the most prized invitation of the production is to its year-end series of “12 Days of Christmas” Yuletide telecasts, on which gifts worth many thousands of dollars are handed out!

For these and other reasons, Ellen DeGeneres is now also known as “Ellen the Generous,” so her long-running success is richly deserved!

Ellen’s penchant for spreading good vibes has made her uniquely successful in other ways, as well: She has the unique ability of getting practically anything she wants by not just wishing hard and loudly for them, but also unrelentingly working hard to make them happen!

For instance, she once put it into her head that she had to land on the cover of Oprah Winfrey’s O magazine. It looked like an impossible dream, but she kept wishing aloud for it on her show for such a long time that Oprah finally got the “hint,” and made the “impossible” happen!

Even more difficult was Ellen’s “mission” to effect the production of the sequel to her hit animated feature, “Finding Nemo.” For years on end, she kept nagging the film’s producers to come up with “Finding Dory” (the character she voiced in the original film)—and, the free plugs she gave the project eventually made it a great idea—so, the passionately longed-for sequel is about to be shown!

That’s Ellen DeGeneres for you—everything she touches and has wished for has turned to gold, thanks to the positive and generous vibes she exudes. How could “the universe” not smile brightly at such a happy, giving and inspiring soul? How, indeed?