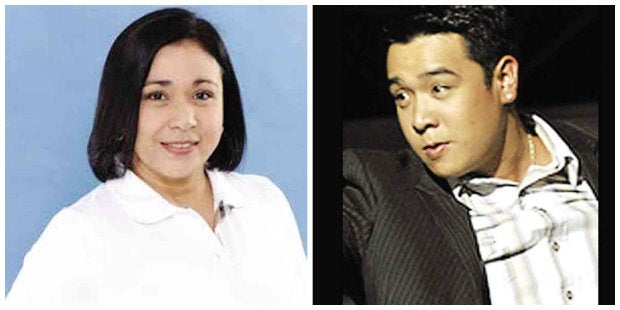 The ballyhooed interview of Karen Davila with Alma Moreno on ANC gave netizens something to feast on. Both of them have said their piece.

According to Karen, it’s her job to ask hard questions and since Alma is running for senator, she should be aware of national issues. For Alma’s part, she said she has no ill feelings toward Karen and she is willing to learn.

I agree that it’s in Karen’s job description, but she grilled Alma in such a condescending manner. Even her body language (crossed arms) said it all. And the way she referred to Alma as a former sexy star sounded derogatory. Karen may disagree with me, but that’s how I see it. Having hosted several talk shows before, I take it upon myself to adjust my line of questioning depending on the interviewee. TV hosts should make their guests feel as comfortable as possible so that the interview would be free-flowing. Being proficient in English is never Alma’s strong point, so Karen should have conducted the entire interview in the vernacular.

READ: Are You Done Dissing Karen Davila for Doing Her Job at ‘Headstart’?

Alma has learned her lesson the tough way. And I’m sure that she will do her assignment from now on.

I cornered Alma’s son, Vandolph, for his sentiments about the issue. At first, he didn’t want me to divulge his reaction because it might be blown out of proportion. But after much prodding, he relented. As a dutiful son, Vandolph came to his mom’s defense.

He said: “Karen should not choose whom to respect. She should treat her guests equally. The way she interviewed my mom was different.

“Karen humiliated my mom on national TV. She kept pounding [on her]. She let my mom get rattled. My mom deserves to be respected because she is the chair of PCL (Philippine Councilors League), and she has been serving the country for so long. My mom is … [a person of] action and not just words. Some politicians are good speakers. They sweet-talk us to the point that they fool us and do corrupt things. My mom is not like them!”

It was a pleasant surprise to bump into John Lloyd Cruz and Angelica Panganiban at my fave hangout, Chivz, in Greenhills during the gig of my all-time fave band, True Faith. They were having a nightcap with Pooh and JC de Vera. I was touched by JL’s kind words to me. It’s nice to know that despite their frenzied schedule, JL and Angelica are never too busy for each other.

Since tickets to  Sarah Geronimo’s “From the Top” concert at Araneta Coliseum on Dec. 4 have been sold out, Viva Live Inc. will stage a second concert on Dec. 5, also at the Big Dome (for tickets, call 9115555).