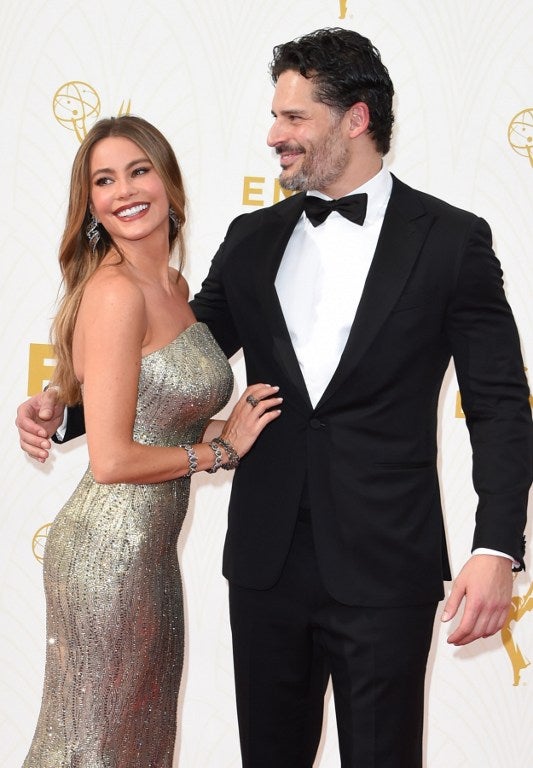 The “Modern Family” star pledged her eternal love to fellow actor Joe Manganiello at “The Breakers” a swank Palm Beach resort, before of a gathering of friends and family, the culmination of a weekend-long wedding celebration.

She carried a bouquet of white orchids and wore her famous flowing mane loose, aside from a jeweled clip which pinned it to one side.

Among the stars at her nuptials were Hollywood’s Reese Witherspoon, Channing Tatum and the cast of her hit television show “Modern Family.”

Vergara’s son from a previous marriage, Manolo, 23, walked her down the aisle.

For the past few years, the Colombian-born bombshell has been America’s top-earning TV star.

In 2014, Forbes magazine estimated she made, $37 million, considerably more than the top paid actor, Ashton Kutcher, who earned some $26 million.

Vergara reportedly makes $325,000 an episode for “Modern Family,” but earns much more from endorsements including being the face of Diet Pepsi.

Manganiello is famous for his roles in the hit movie “Magic Mike” and the TV series “How I Met Your Mother.”

The couple met about a year and a half ago, and got engaged last December during a Hawaiian vacation.