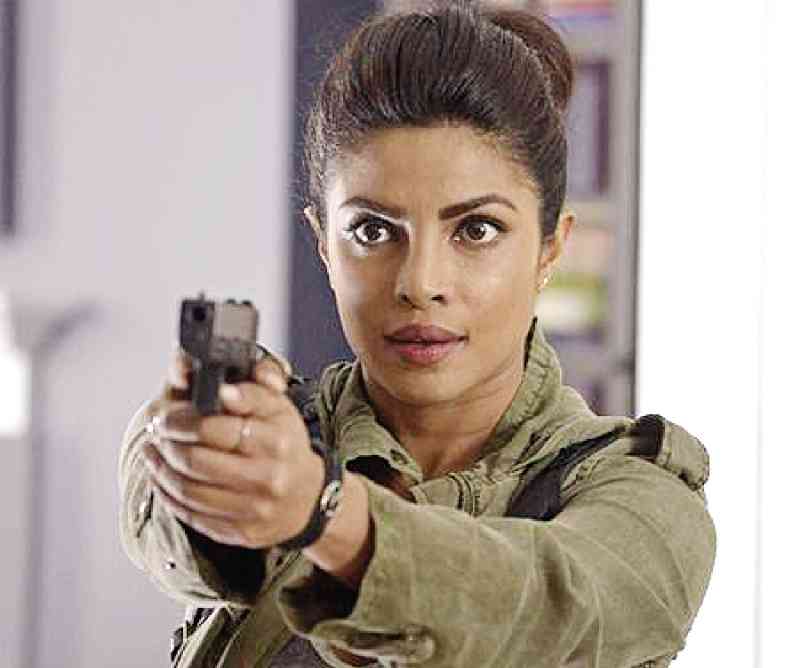 A YOUNG FBI agent is blamed for an act of terrorism she didn’t commit in “Quantico,” a new suspense-action series utilizing two distinct hooks at once: nubile actors playing fledgling recruits, and a massive conspiracy puzzle.

The fleeing suspect, agent Alex Parrish (Bollywood star and beauty queen Priyanka Chopra), is out to clear her name with the help of fellow recruits who were also trained in Quantico, Virginia, several months ago.

Each episode of the series is divided between the current timeline (which focuses on the aftermath of the Grand Central Station attack) and flashbacks (which detail connections that Alex made in the academy, as well as tests connected to her present predicament).

Alex and the other young agents are keeping secrets that eventually come to light. Despite being an excellent trainee, she remains driven by questions over her father’s true identity in the flashbacks. In present-day sequences, she is more concerned about her survival—and exposing the traitor who turned her into a scapegoat!

“Quantico” is no “24”—it lacks the edge and bite of that groundbreaking series. It often presents quandaries that the protagonist almost always resolves or escapes from eventually. That said, the action is effectively staged, and the multiple characters’ conflicts are presented clearly.

As for the sexy men and women populating the show, they’re a visually diverse mix who engage in predictable espionage and counterterrorism scenarios. They speak in cliches almost half the time. Moreover, the series’ romantic scenes are compromised by eye roll-worthy dialogue.

The show still surprises, as it’s barely halfway into its first 22-episode season. If anything, the big mystery is interesting; there have already been red herrings and red flags that point to culprits who may have close ties with Alex. In due time, we’ll find out if the big reveal will reward viewers with mind-blowing revelations and satisfying answers!