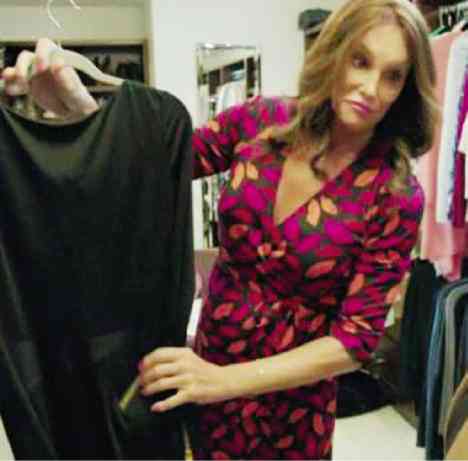 Caitlyn Jenner in “I am Cait”

If the movie world has its profitable film franchises and their endless sequels, its TV counterpart has its similarly profitable tradition of “spinoffs.” These are the “siblings” or “children” of hit programs, many of them of the sitcom variety.

A sitcom may start off with just a couple of major stars, but it could end up making new luminaries out of supporting players, who become popular enough in their own right to be given their own shows.

A curious survey of the TV scene from way back when to the present reveals that many popular programs are spinoffs of even older shows, which is why the “show-spawning” process is profitably resorted to up till now.

To illustrate, “The Girls Next Door” clicked with viewers in 2005, which is why it led to “Bridget’s Sexiest Beaches,” “Kendra” and “Kendra on Top.”

“Happy Days” was so well-loved that it spawned “Laverne & Shirley” and “Joanie Loves Chachi!”

The huge success of “American Idol” has spawned clones in many other countries, including the Philippines. “The Apprentice” with Donald Trump was so successful that it led to the production of a version hosted by Martha Stewart—which wasn’t a hit.

On Trump’s part, he has also hosted “Donald J. Trump Presents: The Ultimate Merger,” which similarly failed to fly high. His best success has been with “The Celebrity Apprentice,” which keeps getting seasonal follow ups.

“Batman” led to the production of profitable spinoffs like “The Adventures of Batman and Robin,” “Batman Beyond”—etc.!

“Beverly Hills 90210” in turn gave birth to “Melrose Place” and “Models Inc.” “Cavalcade of Stars” led to “The Honeymooners” and “The Jackie Gleason Show.”

Much more recently, “The Chelsea Handler Show” has been spun off into “Chelsea Lately,” “After Lately” and “Are You There, Chelsea?” (Uh, no she’s not—that show concluded its run in 2011).

As for “Dance Moms,” it’s had a particularly hectic and prosperous history of spinoffs, like “Dance Moms: Miami” and “Raising Asia.”

What about “Diff’rent Strokes?” It was so popular that it led to the production of “The Facts of Life,” “More Facts of Life”—and “Hello, Larry!”

But “The Flintstones” takes the cake—and the entire bakery: It spun off (take a deep breath) “The Flintstones Comedy Hour,” “The Pebbles and Bamm-Bamm Show” and “The Flintstone Kids,” as the TV world’s most popular cavemen run laughing, all the way to the Bedrock Bank!