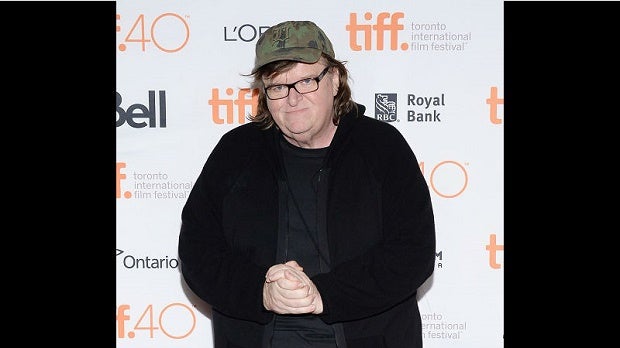 LOS ANGELES, United States—US filmmaker Michael Moore is opening his home in Michigan to Syrian refugees, in a rebuke to the state’s governor who said he would turn away refugees in the wake of the Paris attacks.

In an open letter posted on his Facebook page on Friday, Moore, known for his leftist political activism, slammed Governor Rick Snyder for his decision on the refugees, saying such behavior was “anti-American.”

“Your action is not only disgraceful, it is, as you know, unconstitutional (only the President has the legal right to decide things like this),” Moore wrote.

“I’m disappointed in you, Governor Snyder, for your heartless and un-Christian actions, and for joining in with at least 25 other governors (all but one a Republican) who’ve decided to block legal Syrian refugees from coming into their states,” Moore added.

He said he planned to “defy” Snyder’s ban and would contact the US State Department to offer his home in Traverse City, northern Michigan, to Syrian refugees.

The filmmaker, best known for directing documentaries “Bowling for Columbine” and “Fahrenheit 9/11,” is a Michigan native.

His latest film, “Where to Invade Next,” hits theatres in December. In it, he plays a man who “invades” other countries to steal their best ideas.

Moore’s outburst against Snyder comes amid a backlash in the United States against Syrians entering the country following the Paris attacks that left 130 people dead.

Reports have emerged that one of the gunmen involved in the attacks may have been among the scores of Syrian refugees who have entered Europe to escape the civil war in their country.

Following those reports, more than two dozen US governors, most of them Republicans, said they would turn away Syrian refugees.

Rebuffed over refugees, Obama aims to shift focus to visas