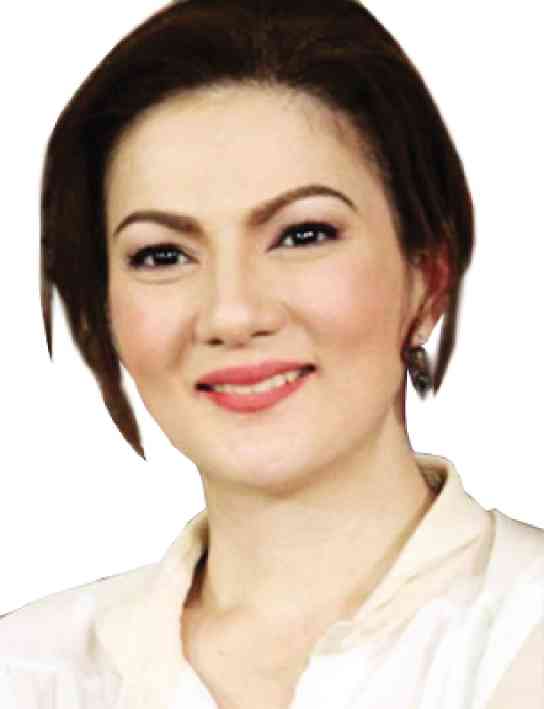 The time has come on a number of ongoing and concluding teleseryes for “the big reveal,” or the long-awaited discovery by a principal character of a big secret that’s central to its main plot conflict.

For instance, on last week’s “Doble Cara,” Carmina Villaroel’s character finally found out what everybody else has known for too long a time—that Cara, the girl she adopted years ago, has a twin sister, Sarah—and that the twins’ birth father is her husband!

The double whammy of belated low blows quite understandably knocked her breath out and made her as mad as all heck—but, what is the poor, deceived woman to do? Abangan!

On “Pangako Sa ’Yo,” much has also been happening of late, with Angelica Panganiban’s arch persona, the mother of Daniel Padilla’s character, getting killed.

In addition, his kid sister gets hit by a vehicle, the entire heretofore high-flying family’s fortunes fall drastically, and Angelo, Daniel’s character, is now having to work triply hard to cope with all of these cruel tweaks and jabs, courtesy of the fickle finger of dastardly fate!

As a result, Amor Powers’ mission of revenge and retribution has been (temporarily) put on the back burner, and Angelo is now the series’ prime focus and mover.

This is a departure from the original series’ plot line, but we surmise that it’s been resorted to in order to generate stronger viewership and involvement from younger TV fans, who now increasingly comprise a major part of the TV drama market.

Now that more countries are officially taking cognizance of the critical problem that “global warming” has become, any and all solutions are urgently needed—so, TV shows like CNN’s “Eco Solutions” should be watched by more people.

We caught the cautionary but highly informative program last Sunday, and were gratified to see that it covered a wide range of positive initiatives, many of them in Asia.

One of the countries featured was Japan, which has been doing without nuclear power for the first time, prompting some creative people there to come up with all sorts of ways to reduce their use of energy.

For one thing, to lower air-conditioning costs, both executives and workers have opted to stop wearing suits and other bulky clothes, and shorts are now deemed acceptable and even fashionable at the workplace.

That’s something that we can also do in our tropical country, where too many people wear stuffy suits to look important and “feel executive,” and thus have to resort to too much air conditioning, which enlarges our collective carbon footprint in a really big, flatfooted way!

In Singapore, the new Gardens By The Bay development prides itself on its giant solar-power generating “trees.”

In Hong Kong, the first “zero carbon” building is being constructed, and the hope is that it will encourage others to similarly give the planet and its depleted resources a big break. The telecast also revealed that there now exists a zero-carbon city—Masdar, in the United Arab Emirates. If they can do it, why can’t we?

In Belgium, the thrust is to make consumers more aware of the pro- or antienvironment consequences of their buying decisions. They are encouraged to patronize products that observe the tenets of sustainable development—and don’t use child labor.

Some consumers may gripe that they’re being asked to do too much vetting—but, the situation has gotten so bad that exceptional steps have to be taken!