She is considered a Filipino in the US and an American here
By: Bayani San Diego Jr.
Philippine Daily Inquirer / 12:15 AM November 09, 2015 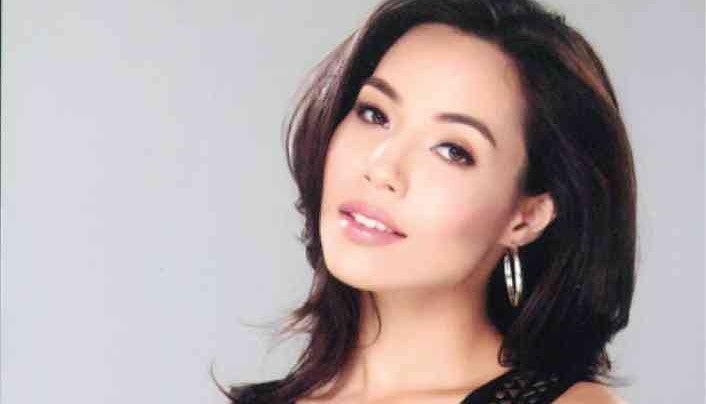 MICHELLE Talley has appeared in several online ads in the US.

For starters, Filipino-American Michelle Talley has taken a crash course on Filipino pop culture in preparation for future projects in local show biz.

She knows (and adores) Yaya Dub of “Eat Bulaga” fame and, in the interest of objectivity and fairness, she also counts Anne Curtis of the rival noontime program “It’s Showtime” as one of her favorites.

Even back in her hometown of Santa Clara, California, she got to watch TFC (The Filipino Channel) and GMA Pinoy TV.

For good measure, she is familiar with the “body of work” of TV5 hunk Derek Ramsay and expressed interest in his latest movie “Ex With Benefits.”

This knowledge of local show biz is put to good use now that she has decided to try her luck in Manila.

Her only plan was to visit her grandmother who lives on Biliran Island, but family and friends encouraged her to give local show biz a try.

After all, Michelle has appeared in online commercials, a handful of student films and some plays in the United States, where she took up Theater Arts at the University of California Santa Cruz.

“I went to several auditions and met a lot of young filmmakers,” she recalled. “It was fun. In one ad for a mobile app, I played a ‘screaming woman.’ I got a lot of interesting parts.”

Another memorable gig was the advertisement for the video game “Assassin’s Creed.” She also came out in an ad for Google.

She conceded that she lives a double life, so to speak. “In the United States, I’m considered Filipino. In the Philippines, I’m regarded an American.”

(Her mom hails from Leyte, while her dad is of Danish descent.)

Prejudice could happen anywhere, she related.

It is true that it can be an uphill climb for a woman of color to make it in Hollywood. She recounted, “It was so weird. When I was in Los Angeles, I stuck out. They couldn’t quite ‘place’ me. I am neither European nor Asian.”

She remains hopeful: “But things are changing there. There are more opportunities and other voices are now given the chance to be heard.”

One thing she has learned in the United States is to keep honing her craft.

“It can be tough anywhere—whether here or abroad. You just have to keep working on your skills. Keep practicing. Learn new things,” she said.

These days, she is working on speaking Filipino fluently.

Her lola and other relatives are helping her out, but she admitted, “if they talk too fast, I get confused. Nosebleed!”

Read Next
How not to teach a new talent how to act
EDITORS' PICK
Unleash the photographer in you this World Photography Day with vivo smartphones
What to watch out for when selecting a video surveillance solution
DOH says COVID-19 cases plateauing, but public shouldn’t be ‘complacent’
House energy committee chair Arroyo bats for cheap electricity
Look Through: The fate of impounded stray dogs
23,000 cops to be deployed nationwide for school reopening
MOST READ
Korina Sanchez reunites with former ABS-CBN co-anchors Julius Babao, Cheryl Cosim
Secrets and lies
Solons file resolutions seeking probe on ABS-CBN, TV5 merger
Bato Dela Rosa praises Justice chief, gov’t officials ‘with balls’ vs ICC
Don't miss out on the latest news and information.