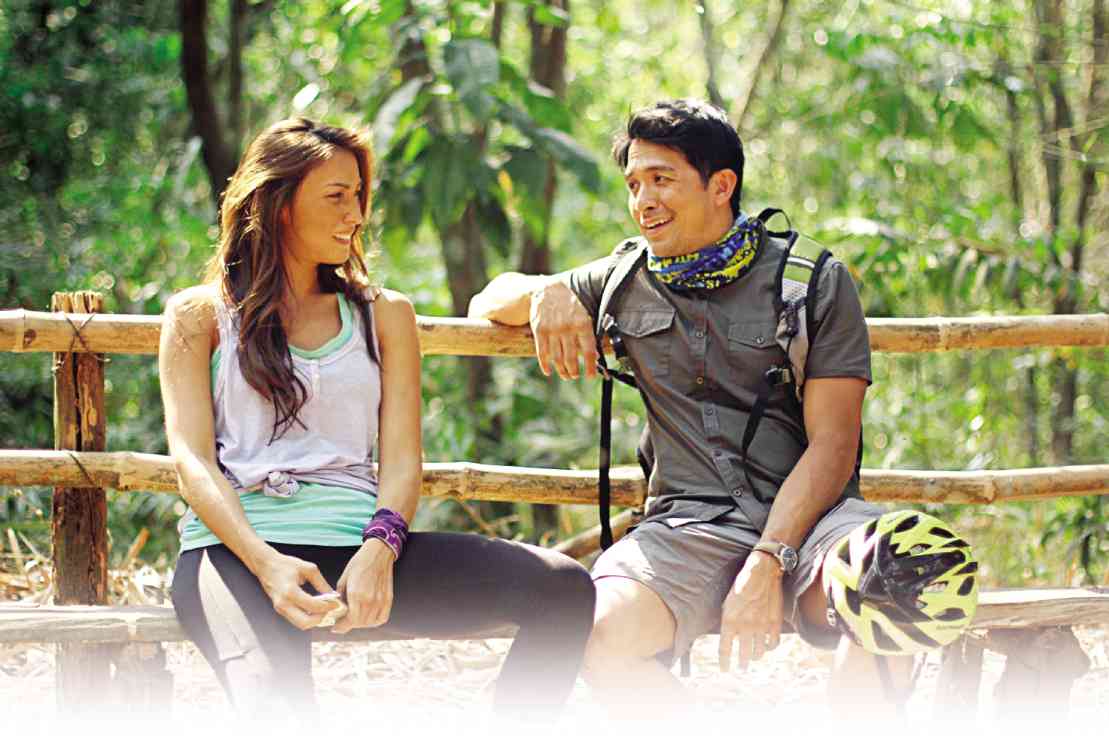 The gravity of the situation gave me the will to get the film off the ground,” said director Ellen Ongkeko-Marfil, when asked where she got her inspiration in making her new film “Lakbay2Love,” a romantic coming-of-age story about a videographer Lianne (Solenn Heussaff) who is torn between forester-biker JR (Dennis Trillo) and her ex-boyfriend, road biker Macky (Kit Thompson).

The journey to “Lakbay2Love” began in 2009 when Direk Ellen asked her son to teach her biking at La Mesa Dam.

She recalled, “This forest within the city made me tear up when our guide told us that the earth was dying and how in 30 years, our children or grandchildren may no longer see wildlife… That’s when I swore to make a bike movie.”

When Supertyphoon “Yolanda” devastated parts of the country in 2013, Ellen became even more motivated.

Finally, she was able to gather a staff—some of them bikers—led by associate producer Boy Siojo, a longtime environmentalist since his UP Mountaineering days; production designer Candy Alipio, who biked to her wedding; and biker-actors who took time off from their busy schedules.

Dennis took time off from filming “Felix Manalo”; Solenn likewise took a break from TV tapings and endorsement activities. The cast and staff worked once a month, traversing the busy streets of Manila to the mountains, ridges and trails from Quezon City to San Mateo, to Mount Maranat and Benguet.

Even with the intermittent shooting schedule, they somehow completed the movie in a span of seven months.

“Lakbay2Love” hopes to inspire viewers to take a step towards lessening fossil fuel emissions, particularly through biking—which the film uses as both a motivational and inspirational tool in getting this message across—as a form of exercise, a hobby, a sport or a mode of transportation.

The filmmakers believe that love for nature is a great motivator.

“The film is a celebration of a collective life of traveling together and appreciating land, water and sky,” explained Ellen, who also helmed and produced the acclaimed 2008 film about child protection and music entitled “Boses.” That film continues to screen locally and abroad.

“We are presently looking for other partners to help bring ‘Lakbay2Love’ to the widest audience possible when it opens in cinemas early next year,” Ellen said.

For more information, check out facebook.com/Lakbay2Love.