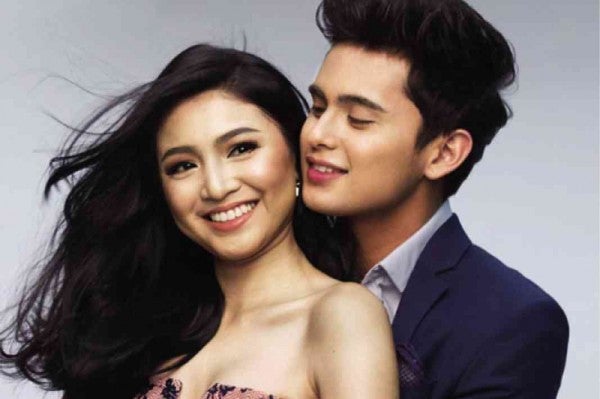 JADINE. In demand as product endorsers.

In the ’80s, English singer-songwriter Rick Astley ruled the airwaves with his catchy melodies and dance moves. Two decades later, his Filipino fans get to relive those vibrant years on Nov. 30 when the fave performer lights up the stage at The Theater at Solaire Resort and Casino (call 891-9999).

Astley’s hits include “Together Forever,” “Never Gonna Give You Up” and “Take Me To Your Heart,” to name just a few of his signature chartbusters.

The Shang celebrates the 150th anniversary of the iconic Italian poet, Dante Alighieri, on Nov. 10 and 13 at the mall’s Cinema 4, with special screenings of the films, “L’Inferno” and “Dante”—free admission!

“L’Inferno” is a silent film, so its screening will feature live musical scoring by the Razorback band. Call 370-2500, local 597 for details.

Roi Vinzon has directed a horror film, “Maria Labo,” about an aswang who butchered her own children, opening its run on Nov. 11. The film topbills Kate Brios in the title role, with strong support from Jestoni Alarcon, Baron Geisler, Sam Pinto and Rez Cortez.

Today on “Modern Living TV” on ANC, the focus is on Rags2Riches, the “eco-ethical” home of fashion and home accessories that showcases the products of talented artisans in poor communities, in partnership with influential Filipino designers.

The lead characters played by Matteo Guidicelli and Shaina Magdayao find themselves caught in a close encounter that ends in a near-intimate moment. Will they be able to fight it? Screening tonight at 8 on Cinema One.

The popular love team of Nadine Lustre and James Reid is on a roll. Not only is their “On the Wings of Love” TV series a hit, but they’ve become “in-demand” as product endorsers—and they have a movie, “Beauty and the Bestie,” in the works.

In addition, they have been nominated as best Southeast Asia act in the 2015 MTV Europe Music Awards!

Viva Artists Agency talent Tom Taus recently performed as an international DJ in Ultra Japan, one of the world’s biggest electronic music festivals. Tom was invited to perform after an Ultra Japan organizer caught one of his gigs in Manila—and was very impressed!

Tom also made a name for himself as a DJ in Hollywood, where he was known as DJ Tommy T. He’s a brand ambassador for Puma.PH and hosts the dance battle show, “Move It,” on TV5.

Festival Mall in Alabang holds its own talent search, “X-Site Idol,” with eliminations set on Nov. 14 and 15, and finals on Nov. 28 at the mall’s third level X-Site Amusement Center.

One Cebu not endorsing any candidates, alliances yet — secretary general