Alden Richards: I’ve been praying for this moment 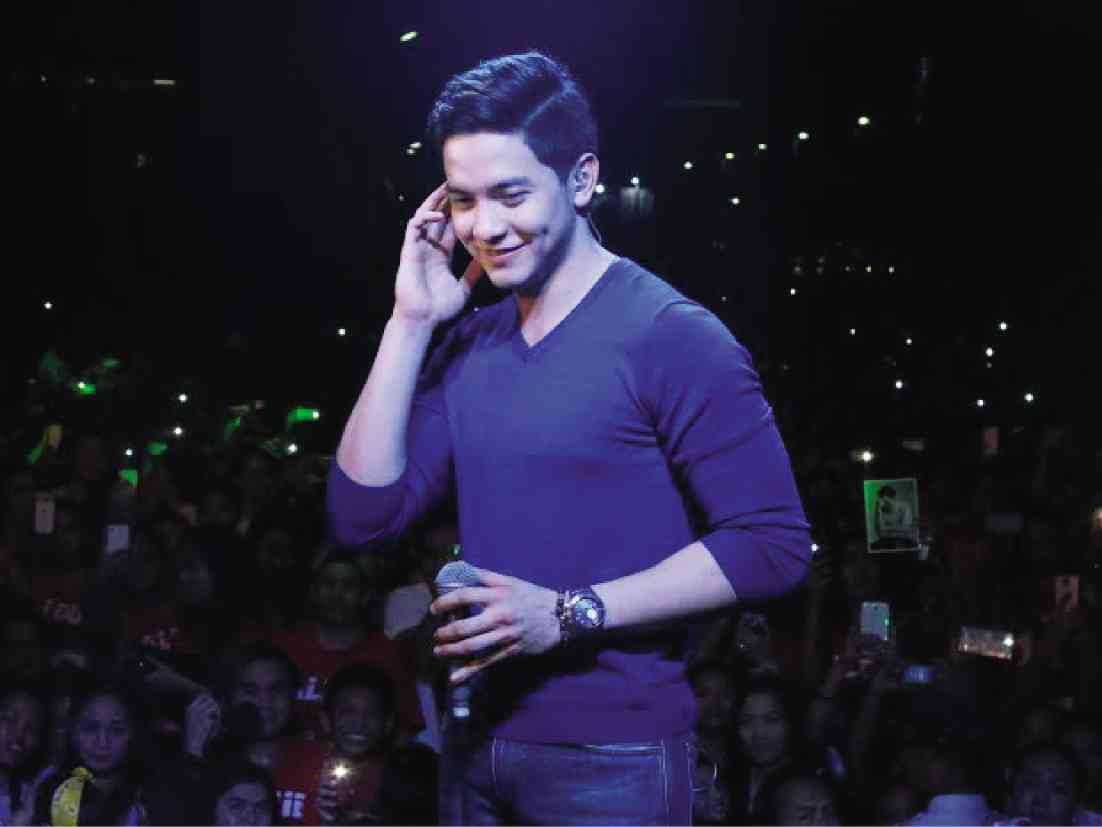 ALDEN Richards enjoys the adulation he’s been getting from the fans, but he is also wary of it.
GMA Network

According to Alden Richards, his career could be best described as “steady” before “AlDub” fever gripped the nation, and he would be lucky if he managed to attract enough media people to fill a table at a press conference.

But now, riding on the crest of a wave that seemingly won’t ebb anytime soon, one would be lucky to find a table to sit in at any event Alden appears in. Reporters not only ask questions; they ask for autographs. Photographers not only take pictures of him; they take pictures with him.

All of this is simply “overwhelming”—a word Alden’s been using quite often these days. “I’m happy and I feel blessed. I’ve been praying for this moment. But I didn’t expect things to happen this fast,” he told reporters at his launch as the new face of Snow Caps glutathione pills, just one of the many endorsements he has recently landed.

The 23-year-old GMA 7 actor is perhaps the most bankable male celebrity at the moment. But hearing people call him that, Alden admitted, was something that still needs getting used to. Because, as far as he’s concerned, titles are just that… titles.

“Our industry loves giving titles—the king of this, the prince of that. But at the end of the day, it’s how you live up to what they call you. It’s about the kind of person you are,” said Alden, who, to this day, still gets goose bumps when thinking about the historic “Sa Tamang Panahon” show, which packed the Philippine Arena last month.

“At first, I could only hear the screaming of fans. But when I saw that the place was full, I thought, ‘Is this real? Did they really come to see us?’ It still hasn’t sunk in,” he related. “I thank God for everything.”

But though he enjoys the adulation he’s been getting from the fans, Alden is also wary of it; he knows very well that he can’t get too wrapped up in his own hype. “The more people raise you up or put you on a pedestal, the more you should try to stay humble and keep your focus,” he said.

This is especially true right now, with the national election just around the corner. Add political candidates to the growing list of things publicists and advertisers want Alden to promote.

“Personally, I really don’t want to endorse anyone. Show biz is different from politics and I don’t want to mix those two worlds,” related the Kapuso talent who likewise denied being offered P100 million by a political aspirant to support his campaign. “That’s not true… I want to concentrate on show biz.”

And he does have a lot on his plate. Aside from his shows, “Eat Bulaga” and “Sunday PinaSaya,” and his regular mall and out-of-town shows, Alden is currently filming his Metro Manila Film Festival movie, the romantic-comedy  “My Bebe Love,” which he will top-bill with his kalyeserye screen sweetheart, Maine “Yaya Dub” Mendoza.

“I’m starting to get to know her more. She’s not fake—what you see is what you get. That’s why I’m always looking forward to working with her,” he said of Maine, whom he described as rather reserved—contrary to what the fans see on television. “But I’m slowly breaking that wall of shyness. She can also be makulit… like me!”

And what about all the die-hard fans hoping that he and Maine would end up together in real life? “There’s no pressure,” Alden insisted. “We’re just enjoying every moment.”