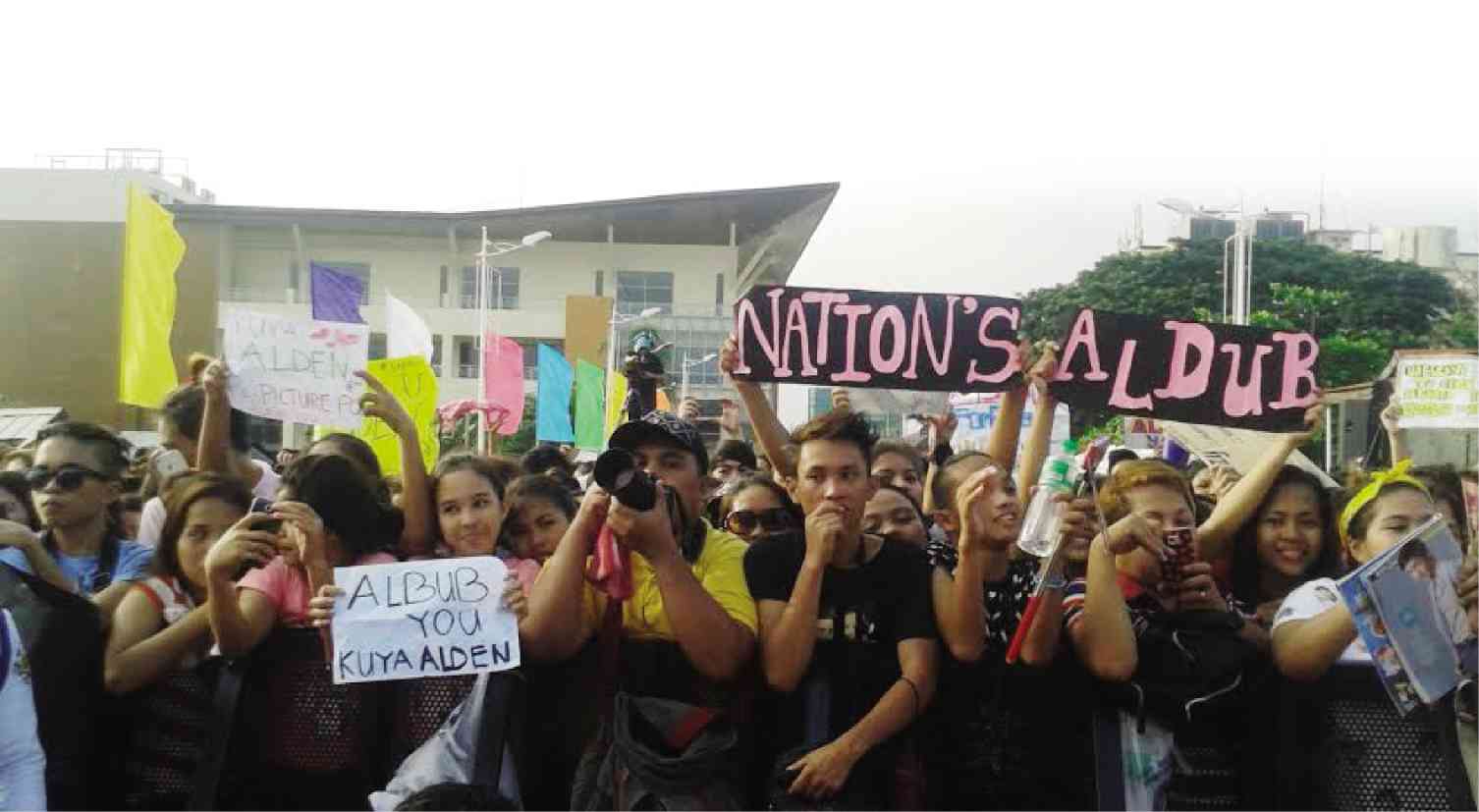 ABOUT 5,000 people gathered at a Mactan mall hours before the show.

LAPU-LAPU CITY—John Rey Ceniza and his four companions came all the way from Bohol province to see Alden Richards, the other half of “Eat Bulaga’s” popular love team “AlDub.”

As soon as the boat from Tagbilaran City docked at the Cebu City pier at 9 a.m. on Oct. 2, Ceniza and four other members of the AlDub Nation Bohol Chapter went straight to Mactan Island where Richards was set to appear for the Kapuso Fans Day, scheduled at 6 p.m.

They braved the heat and had to wait a little longer because Richards’ flight was delayed. More than 40 people were brought to the Red Cross tent.

But for Ceniza, it was “all worth it.”

“All our sleepless nights tweeting are nothing compared to seeing him in person,” Ceniza said. “I feel so happy and excited. I just hope that AlDub will also visit us in Bohol.”

Another fan is 5-year-old Paris Yuri Pelayo who was accompanied by her grand aunt, Cerda Balingit who said she had to bring the kid who wanted to see Richards in person.

The actor arrived at the Gaisano Island Mall Mactan around 7:20 p.m.

When he stepped out of the van, the crowd went wild. Those who were sitting in the VIP area rushed to the stage to take pictures and videos of Richards who sang three songs, including “Thinking Out Loud,” to the delight of the crowd who kept screaming.

The fans cheered when Richards told them that he would be back and might bring his partner Maine “Yaya Dub” Mendoza with him.

At the press conference that followed, Richards was asked why he cried when he sang “God Gave Me You” in an episode of “Eat Bulaga.”

Richards explained that the song always had special meaning to him. He recalled that he was thinking of his family, the fans and Mendoza who made the fame they were both enjoying possible.

Asked what he looks for in a woman, Richards said she must be understanding and have a sense of humor—two qualities that Mendoza has.

On his screen partner, he said they have yet to spend time together. “I hope to talk to her, find out her likes and dislikes,” he said.

As for his future plans, Richards said he would leave everything up to God.