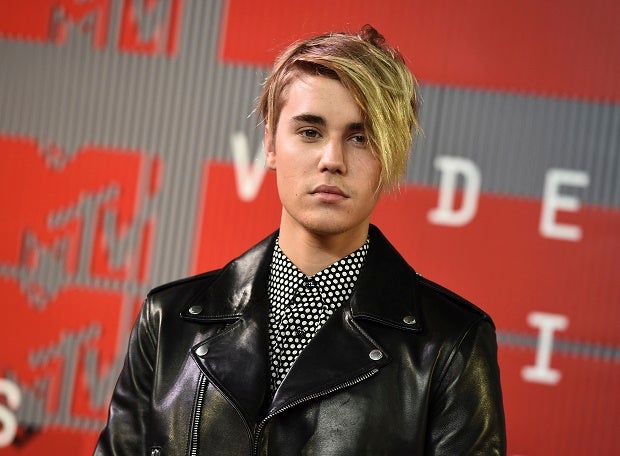 In this Aug. 30, 2015, file photo, Justin Bieber arrives at the MTV Video Music Awards in Los Angeles. Bieber received a favorable probation report in a misdemeanor vandalism case on Monday, Nov. 2, 2015, and a Los Angeles judge ruled that the pop singer will no longer be on supervised probation in the case, which was filed after he damaged a former neighbor’s house with eggs. Invision/AP File Photo

LOS ANGELES, United States—Justin Bieber’s cleanup work at a homeless shelter has paid off, with a judge agreeing Monday to take him off formal probation in a vandalism case filed after he damaged a neighbor’s home with eggs.

Bieber’s attorney presented proof Monday that the pop singer had completed 40 hours of community labor, the final term of his sentence in misdemeanor case.

A program manager at a homeless shelter where Bieber completed many of the hours praised Bieber for being willing to get “his hands dirty” by performing maintenance and janitorial work, according to a probation report filed Monday.

Bieber was required to perform community labor, repay around $80,000 in damage to his neighbor’s house and undergo anger management counseling as part of his sentence. His progress completing work at the homeless shelter was slowed by an ankle injury, but Bieber has received favorable reports from probation officials throughout the case.

Bieber was sued earlier this year by Jeff and Suzanne Schwartz, his former neighbors whose home he damaged in January 2014.

Jeff Schwartz’s suit also accuses Bieber of terrorizing his family with loud driving, unsafe driving and claims the singer spit in his face during one incident.

Bieber, 21, has since moved out of the gated community. He did not attend Monday’s hearing.