Love teams can be ‘forever’ 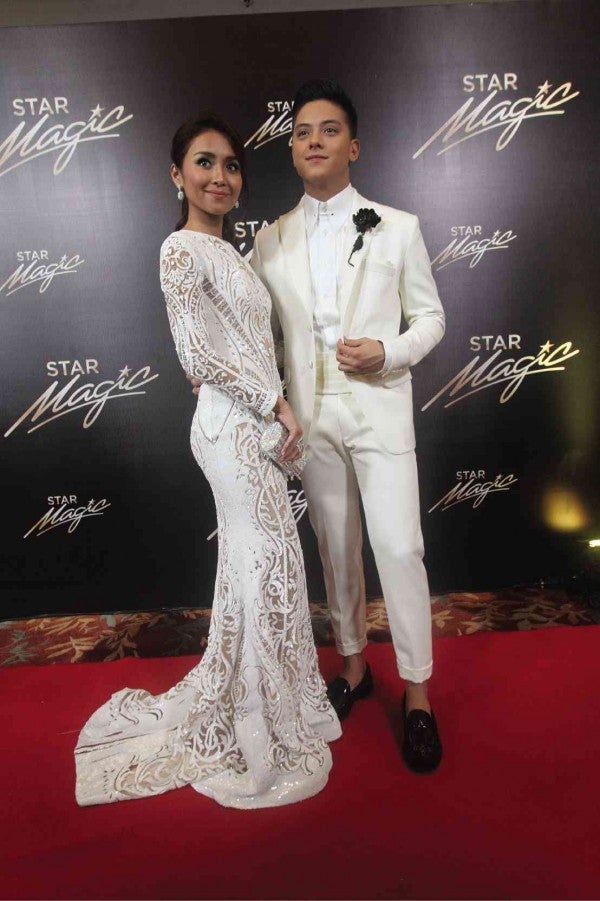 Love teams have been an important part of the TV-film scene for many years, vivifying fans’ avid and even addled adoration of romance, both reel and real. Lovers hope that the love is “forevermore,” so viewers also trust that the love teams they adore onscreen will similarly end up in each others’ arms in real life—for keeps!

But, how often is this lovely dream fulfilled? On the local entertainment scene, the popular love team of Amalia Fuentes  and Romeo Vasquez  did end up at the altar, but lost that loving feeling afterwards. For their part, Gloria Romero and Luis Gonzales didn’t  get hitched, and she ended up in the loving arms of Juancho Gutierrez.

Another popular pair, Susan Roces and Eddie Gutierrez, ended up marrying stars, but, not one another—she chose Fernando Poe Jr., while Eddie was “captured” or captivated  by Annabelle Rama!

Younger love teams similarly failed to end up at the altar, with Nora Aunor marrying Christopher de Leon instead of Tirso Cruz III, and Vilma Santos pledging her troth to Ralph Recto instead of Edgar Mortiz!

But, some stars have beaten the odds in terms of the longevity of their marital unions, like Barbara Perez and Robert Arevalo, and Rosemarie Gil and Eddie Mesa. Yes, it’s a tough feat to pull off, but it can be done!

In Hollywood, the long-term stellar spouses include Will Smith and Jada Pinkett-Smith, Goldie Hawn and Kurt Russell, Meryl Streep and Don Gummer, Viola Davis and Julius Tennon, and Tom Hanks and Rita Wilson.

On the other hand, some famous stars have become infamous for being serially dis-loyal to their initial spouses, and have in fact gone from one marriage to the next, with “window-shopping”  alacrity.

Topping the list in the past was Elizabeth Taylor, who got hitched multiple times, twice to the same man (Richard Burton)! She was also “matrimonially democratic,” counting among her husbands hotel chain heir, Conrad Hilton Jr. and former construction worker, Larry Fortensky.

Frank Sinatra also “collected” a number of lovely and famous wives, led by the  Ava Gardner and including the then-very young Mia Farrow.

Speaking of Angelina and Brad, they finally got married in 2014, at the behest of their children—who are making sure that, this time, it’s for keeps! 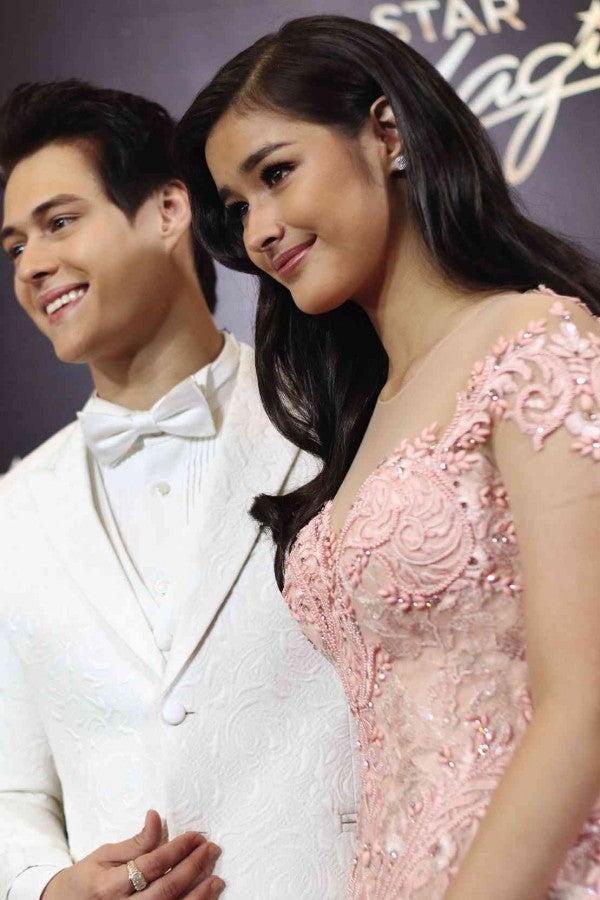 LizQuen. Photo by Richard A. Reyes

Back to the local show biz scene, it’s been observed that today’s starlets have been going the “love team” route to stardom with even greater  alacrity, with Daniel Padilla and Kathryn Bernardo, Liza Soberano and Enrique Gil, Nadine Lustre and James Reid, Kim Chiu and Xian Lim, and Maine Mendoza and Alden Richards leading the way.

The renewed popularity is attributed to the “youthening” of the TV-film audience, which is now dominated by tweens, teens and young adults, who give great importance to “kilig value,” above all else—a plus factor that giddy rom-coms best supply!

And yet, in the midst of all this giggly giddiness, it’s instructive and heartening to see that one of the “longest-running young-adult love tandems of all, Dingdong Dantes and Marian Rivera, have decided that love is “forevermore”—and have gotten really and truly married! There’s a heartening lesson in there, somewhere.