Prince invites fans to party with him at Paisley Park 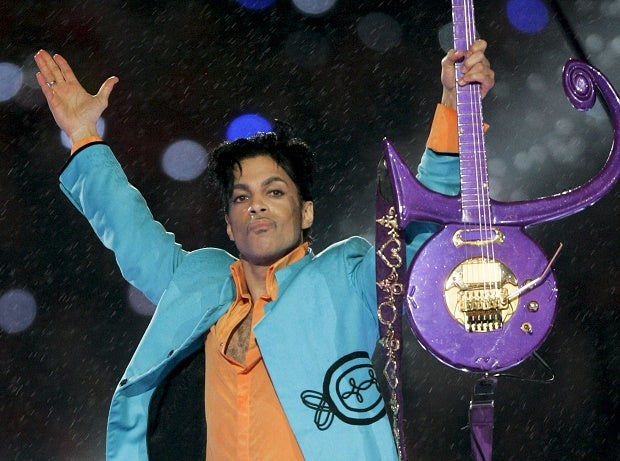 In this Feb. 4, 2007 file photo, Prince performs during the halftime show at Super Bowl XLI in Miami. In recent weeks Prince has hosted late-night jam sessions where he has serenaded Madonna and celebrated the Minnesota Lynx’s WNBA championship. Hundreds of fans descended on suburban Paisley Park Studios on Saturday, Oct. 24, 2015 paying $10 each to hear Prince and his band raise the roof until 3 a.m. AP Photo

CHANHASSEN, Minn., United States—Prince seems to be shedding his reclusive reputation and becoming a party animal.

In recent weeks the superstar has hosted late-night jam sessions where he serenaded Madonna, celebrated the Minnesota Lynx’s WNBA championship and showcased his latest protege, singer Judith Hill. Hundreds of fans descended on suburban Paisley Park Studios on Saturday night, paying $10 each to hear Prince and his backing band raise the roof until 3 a.m.

“Y’all want to party with me?” Prince asks the crowd at one point.

So why the new openness? Prince, of course, isn’t talking.

“Why is he so friendly? Why is he open now? He’s inviting strangers into his house. Why? Why? What’s the reason? Let’s ask everyone else besides him,” Prince—wearing a purple tunic and large gold chain—teased from the darkened stage as he blasted through a funky mix that included oldies by Bill Withers and Sly and the Family Stone and his own songs (“Alphabet St.,” ”Hot Thing”).

Since Prince wasn’t giving interviews that night (he rarely does), here’s what fans had to say:

“I think he’s been open for a while,” said Gina Meier, 48, of Richfield, seeing her seventh Prince performance at Paisley Park. “He’s done Paisley Park stuff for years. It’s like he’s brought us into his home.”

Meier described Paisley Park as “a safe place” for fans, with no drugs or alcohol allowed (Red Bull, juice, water, ginger ale and Coke were for sale).

Fans browsed through Prince T-shirts at the merchandise booth in the lobby, adorned by a large heart-shaped mirror and another mirror with the word “Love.” An ATM machine was nearby. For $40, fans could take a “mini-tour” of Paisley Park, where Prince’s gold records are on the walls and the purple motorcycle he rode in his 1984 breakout movie, “Purple Rain,” is on display. In between music sets, a DJ spun Prince music as well as R&B hits.

“If you don’t leave here feeling fantastic, there’s something wrong with you,” Meier said.

Andy Kiernan, 45, of Minnetonka, who has been at Paisley Park several times, brought a friend to see her first show at the white-walled studio complex bathed in purple lights outside of Minneapolis.

“My impression is it’s every Prince fan’s dream to have the access he allows now,” Kiernan said. “I feel this is him opening up a little bit.”

Longtime Prince fan Mark Anderson, 42, of Eagan brought his 17-year-old son Noah, who was making his second trip to Paisley Park. Anderson said Prince’s music “just got with a groove and it just sucks you in. It’s mesmerizing.”

“Some people think that ‘Purple Rain’ is his best music,” Anderson said. “I just love what he’s doing now.”

Announced on Twitter, the event was to promote Hill and her new album, “Back in Time,” co-produced by Prince and released just the day before. Wearing a white fringed top, blue jeans and boots, Hill, a former contestant on NBC’s “The Voice” and a backup singer to Michael Jackson and Stevie Wonder, played keyboards and soulfully sang her songs such as “Cry, Cry, Cry” and “My People” to warm applause.

Hill, a 31-year-old California native, had told an interviewer that working with Prince would be her “dream collaboration.” Shortly afterward, she got the call from Prince.

“It’s been incredible,” Hill told The Associated Press in the Paisley Park studio where her album was recorded—old-school analog—on 2-inch tape.

Jam sessions at Paisley Park led to the album, Hill said, citing the studio’s “very free-spirited environment.” She said Prince “wants to share with the world what goes on here.”

“He feels he wants to share with everyone,” Hill said of Prince’s recent open houses.

Prince keeps the groove going with a James Brown-style funk, a new song he’s working on. He leads the party-goers in a call-and-response.

Prince thanks the crowd several times for coming. Eventually, nearly five hours after it started, the party ends and fans drift away into the cool autumn air.