Mikael Daez dishes about breakups and love on the rebound 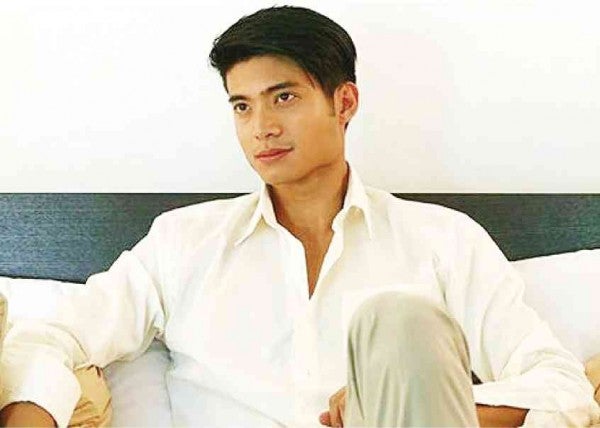 DAEZ. “You know you’re over a breakup only when a greater love comes along.”

Mikael Daez plays the third wheel in Dennis Trillo and Jennylyn Mercado’s dramatic telenovela, “My Faithful Husband.” Given the complexity of being in a relationship involving more than two persons, we decided to talk about his own romances. How similar is he to the love-struck Dean Montenegro, the first man in the life of Jennylyn’s character, Mel?

Mikael shares, “I’m unlike Dean, because he’s clouded by his feelings for Mel. I’m different—hindi ako madadala ng feelings ko for someone who’s already married. I know my boundaries, and I respect marriage too much to break it up—even for love.

“Yes, I know how powerful love can be, and loving on the rebound is a tricky thing—but, I’ve always been in long-term relationships. It took a while for me to get over my first love because, after the breakup, every time I thought of her, I’d still feel something! You know you’re over it only when a greater love comes along.”

Daez discloses that he’s only had two or three girlfriends so far. How did his past relationships end? He says he was very much like Dean the first time he fell in love: “My former girlfriend and I were together for three years, and the breakup came from out of the blue. I loved her, but I wanted to explore a little more, because we were too young then—but, because of the way I handled it, I didn’t have closure with her.”

The 27-year-old actor comes from a big family. What was it like growing up with seven siblings? With a twinkle in his eyes, he corrected us, “There are nine of us now (laughs)! I live in a war zone, but that’s ‘home’ to me—I wouldn’t have it any other way. I don’t think living alone is something I’d enjoy.”

But, it’s hard to talk about a big family without a bride—is this where “MariMar’s” Megan Young comes in? Long before Megan won the Philippines’ first Miss World crown in 2013, her relationship with Mikael had been fodder for speculation. Given the fact that they’ve stayed “officially” single for years, what’s with the secrecy?

Mikael’s cryptic reply: “At this point in time, I can say that Megan’s still a friend, at the very least (laughs). —Some people are going to kill me if I say otherwise!”