Readers weigh in on contentious issues

Our recent suggestion for “Your Face Sounds Familiar” to scrap its “plus three point” option for each of its contenders to use to “vote” for another contestant has been seconded by some reader-viewers—but, in last Sunday’s telecast, it was “deadma time” as usual, as all of the current season’s eight impersonators used his or her to “support” a rival (most of them gifted Myrtle Sarrosa with their extra points, making her the top winner for the week). —When will the show and its contestants see the light?

We’re doing better on other fronts. For instance, our recent article on some TV news field reporters’ secret grudge against newscast anchors has apparently done some good, resulting in adjustments that have made for a working relationship between reporters and anchors.

In our recent piece, we blew the lid off some reporters’ resentment over some “star” news anchors’ penchant for asking them too many “follow-up” questions right after their field reports.

The questions put the reporters on the spot while making the anchors come off as sharp and “investigative,” hence the reporters’ negative reactions. They hate the fact that they’re out there doing all the sweaty and dirty work, while the anchors grill them from the air-conditioned comfort of their home studios—and yet, it’s the anchors who end up looking good, while the reporters have to instantly come up with detailed answers that they may not yet have at that exact moment!

So, what’s the improvement? A TV executive agrees that some anchors’ blithe “instant interrogations” are out of place, so they have been urged to cut reporters some slack and stop leaning on them—to their advantage.

More positive feedback: Some readers agree that we have far too many unreliable TV awards groups, many of them put up by educational institutions, and it’s even become “trendy” to do so.

At first blush, the “audience awards” are all to the good, because it rewards quality work on TV from viewers’ point of view—but, does it?

Many of the new TV awards are questionable and in fact end up contradicting one another and end up as subjective “popularity” awards, pure and simple.

To minimize some awards’ negative effect, we have suggested that they put an end to their practice of giving “double” awards—not only is a program cited for being the best in its category, but its hosts are also given separate throphies as “best hosts!” Now, we suspect that this is being done to make sure that the hosts attend the award-giving ceremonies and thus pump up their “star value.”

But, it’s unproductive duplication, because most of the time, a TV show’s host doesn’t really have to work that hard—so, why reward merely adequate performance? If hosts don’t get trophies, more program categories or functions can be opened up for awards, rather than just massaging the already inflated egos of some spoiled TV luminaries. —Will our repeated suggestion get some TV awards groups’ nod? It really is the better way to go.

As for the now more than 40 TV awards groups we now have, can they give TV buffs a break, opt for greater clarity and credibility in their verdicts, join forces—and cut their number down to a more manageable four or five? —Really, now, quantity is definitely not quality. 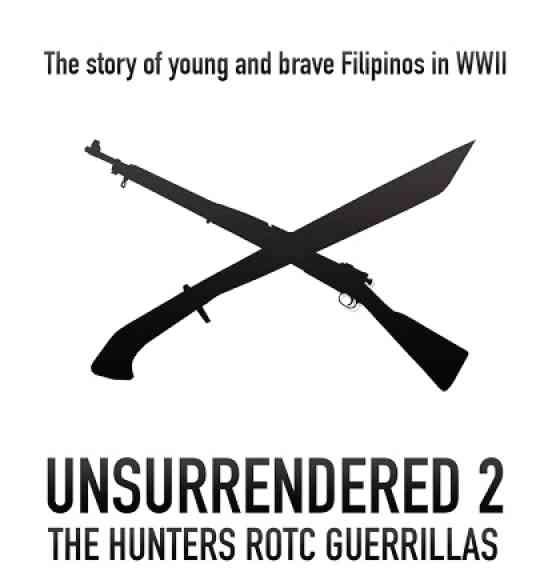 After some technical false starts, we were finally able to watch a screener of the new wartime documentary, “Unsurrendered 2,” sponsored by the Philippine Veterans Bank last week—and we’re glad we did.

The new docu by Bani Logroño (a Peter Parsons-Lucky Guillermo presentation), does the great service of reminding viewers of the valiant exploits during World War II of the Hunters ROTC Guerrillas, which resisted the Japanese occupation of the Philippines and hastened the end of the tragic war.

What makes the guerrilla group’s story of valor in wartime specially noteworthy is the fact that it was made up of very young Filipinos, many of whom had little training and certainly no experience in actual battle. And yet, in the course of only a few years, they were able to notch up a number of brilliantly planned and executed raids, stealing firearms from Japanese armories—and using them against the invaders themselves!

The documentary benefits from the recollections of former members of the Hunters group, historians, eyewitnesses and descendants of veterans. They recalled the heroic deeds of guerrilla leaders, some of whom died in the line of fire.

Our young people today should watch the wartime docu to “imbibe” its heroes’ courage and patriotism and do more for the country. Interested schools, groups and institutions should contact Spyron-AV Manila, the docu’s film production company, which advocates the education of young viewers in Philippine World War II history (e-mail [email protected]).

Thanks to the Philippine Veterans Bank for sponsoring this worthy effort to make history come alive for today’s viewers, so that the necessary lessons learned therefrom—will never be forgotten!