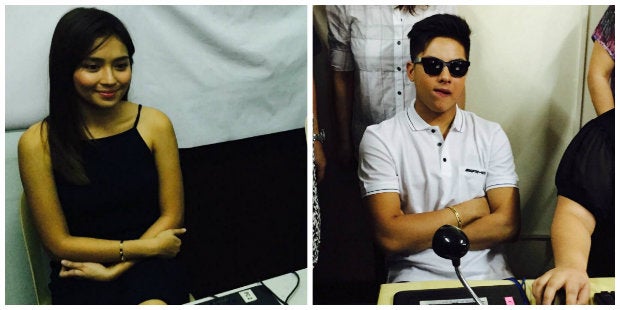 On-screen partners Daniel Padilla and Kathryn Bernardo will be voting in Quezon City for the 2016 national elections.

This was after the “Pangako Sa ‘Yo” love team officially registered as voters at the Commission on Elections office at the Quezon City Hall on Tuesday afternoon.

Padilla and Bernardo arrived at the city hall past 2:30 p.m., where they were greeted by fans and supporters eagerly awaiting them since morning.

Police were also deployed in the vicinity for crowd control.