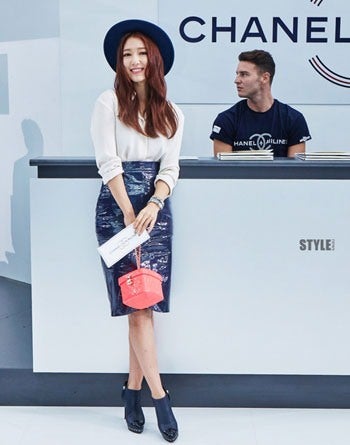 Actress Park Shin-hye has confirmed that she will star in the upcoming local film “Older Brother” (working title), according to a media outlet Star News.

Early in September, the 25-year-old was rumored to appear in the movie but her agency said although Park was considering the role, she has not confirmed it yet.

“Older Brother,” costarring actor Jo Jung-suk and singer-actor Do Kyung-soo, features a story of brothers who are not close, but end up living together involuntarily.

Jo is to play brazen crook Doo-sik, who abruptly visits his younger brother Doo-young to live with him. K-pop boy group EXO member Do Kyung-soo, who recently took to acting, is set to play Doo-young, a hotshot judo competitor.

Park recently appeared in a series of local films including “The Royal Tailor” and “The Beauty Inside,” positioning herself as a movie star.

The film “Older Brother,” which will hit theaters next year, is set to start shooting this month.