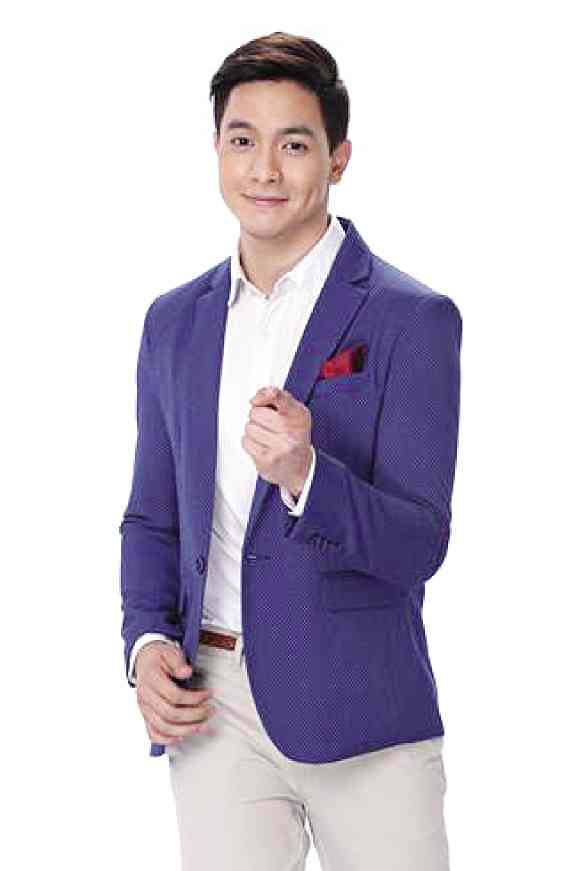 ALDEN Richards, who was absent from “Eat Bulaga” for a few days, was missed by fans and his partner.

Popular Celebrity’s metamorphosis through the years has been quite drastic.

As a newbie, PC looked plain—almost ordinary. Fame and financial success, however, have allowed PC to avail of various cosmetic procedures—courtesy of Pushy Handlers.

PC got hooked on a certain injectable wonder treatment. PC would drop by the clinic almost every day for the “vitamin” boost.

These days, however, PC doesn’t have to leave the house to get her fix. PC has learned to inject the chemical cocktail on her own.

File under vitamin B for Botox.

Friends now steer clear of Flamboyant Personality who has gained an unsavory rep in the biz.

Burdened by money woes, FP would frequently run to pals for monetary assistance. Problem is, FP often reneges on the loans.

Since FP could no longer play the same trick on buddies, the grifter approached an acquaintance, Grizzled Sexpot, for help.

Now, GS is getting antsy, worried sick that FP would not be able to pay her back.

Attack Dogs are still at it.

In their bid to knock down Sensational Star, ADs dredged up an old video.

When it was first posted online years ago, the vid was met with a collective yawn, even though it featured SS fooling around with Fellow Cutie. It was just harmless roughhousing, but malicious-minded ADs are now spreading it all over the Net to embarrass SS.

The cyber assault reeks of desperation.

Years ago, Major Star failed to attend Gifted Child’s school play, in order to grace a showbizzy bash instead.

GC was despondent, but MS wanted to show gratitude for the event’s Dubious Organizers.

Alas, when it was DOs’ turn to reciprocate with a little appreciation, MS was left hanging in the air.

DOs miffed MS not just once, but twice.

From the looks of it, there will be no strike three for the DOs who were permanently written off MS’ list.

A concert promoter wanted to hire Hot Heartthrob for a show in the province. The producer was floored by HH’s asking price: P2.8 million.

Reluctantly, the neophyte impresario gave up on HH and met with Dashing Idol’s handlers from rival studio.

Curiously, DI’s talent fee was not as exorbitant.

The price was just right, this time.

Fans of the TV5 show “Hi-5 Philippines” (weekdays and Saturdays, 8:30 a.m.) are getting a chance to experience various learning activities in a nationwide school tour. Its cast members Gerard, Aira, Rissey, Alex and Fred are gracing campus events with their performances of favorite “Hi-5” songs.

This month, the quintet will visit Assumption College Antipolo, Hope Christian High School, and Golden Acres Elementary School. After the Manila run, they will drop by private and public schools in the provinces.

ABS-CBN’s HD channel, which was recently launched in “ASAP 20,” is exclusive to Sky and Destiny Cable subscribers. Viewers from Metro Manila, Rizal, Cavite, Laguna and San Jose del Monte, Bulacan, can finally watch their shows in high-definition format on Channel 167, while those from Cebu, Davao, Bacolod, Iloilo and Baguio, on Channel 700.