‘Twilight’ author says new book is ‘not a real book’ 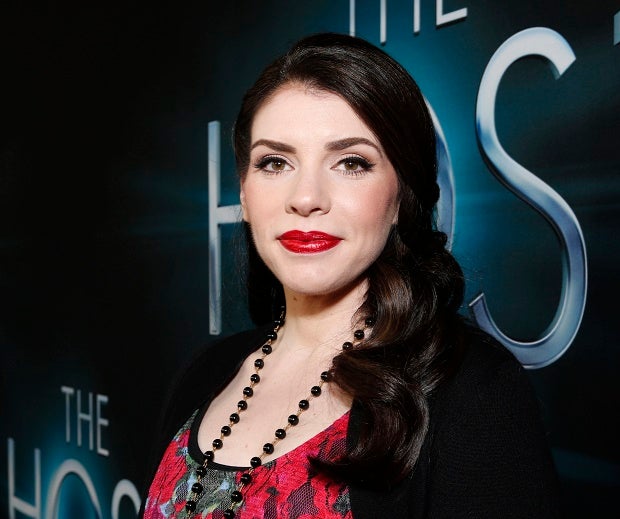 In this Tuesday, March 19, 2013, file photo, author Stephenie Meyer arrives at the LA premiere of “The Host” at the ArcLight Hollywood in Los Angeles. Ten years after the debut of her million-selling “Twilight” novels, Meyer is planning to talk about them at New York Comic Con in October 2015. AP FILE PHOTO

Appearing Thursday at New York Comic Con, the author spoke of the 10th anniversary edition of the first book of her blockbuster “Twilight” series. The release includes the original “Twilight” along with “Life and Death,” essentially the same story, except she switched the names and genders of the main characters, with Bella and Edward now Beau and Edythe.

“I want to say this is not a real book, and I am totally aware of this,” she said at the Jacob Javits Convention Center, adding that she considered Life and Death” bonus material.

Published earlier this week, “Twilight Tenth Anniversary/Life and Death Dual Edition” was No. 2 on Amazon.com’s best-seller list as of late Thursday, although numerous readers have complained “Life and Death” often contains the exact wording of “Twilight.”

Meyer said that she switched the genders in response to reader complaints that Bella, the teen girl in love with a vampire, was an old-fashioned “damsel in distress.” She wanted to prove that the story worked just as well with the genders reversed, and said that doing it was “fun, and when something is fun you tend to keep doing it.”

At least one fan attending agreed with Meyer’s take. Nadia Washington, a 33-year-old medical staffer from New Jersey, said that when she read the “Twilight” book she didn’t fall in love with the actual characters, but with their “internal love.”

Meyer otherwise had to break the news that fans shouldn’t expect to see “Midnight Sun” anytime soon. The “Twilight” companion novel narrated from the vampire Edward’s point of view was abandoned by Meyer in 2008 after parts of it leaked online.