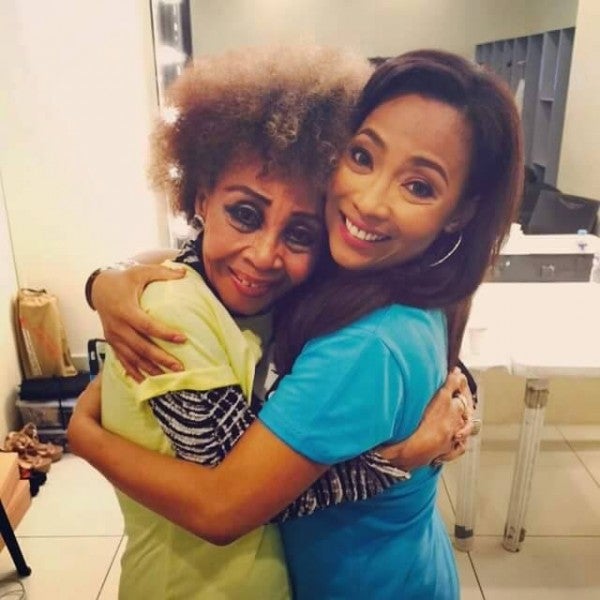 Elizabeth Ramsey, the singer-actress dubbed as the country’s “Queen of Rock and Roll” for her rip-roaring live performances that married music, dance and comedy, died on Thursday morning, according to her daughter, recording artist Jaya. She was 83.

In her official Facebook account, Jaya paid tribute to her mother for giving “love and laughter,” not only to their family, “but the whole nation.”
“Mama Beth is now with our Lord…Thank you for the love and prayers. And I rejoice because she passed in her sleep—in peace, in God’s loving arms,” she said. “Bye, Mama. Until we meet again. I love you forever.”

The official cause of Ramsey’s death wasn’t immediately available. “We’re still waiting,” Jaya told the Inquirer in a text message.

Last August, the veteran performer, who was to turn 84 on Dec. 3, was confined in the intensive care unit of the Philippine Heart Center, after suffering a seizure induced by hypoglycemia. She was said to have recuperated after the attack.

Ramsey, who was born to a Jamaican father and a Filipino-Spanish mother in San Carlos City, Negros Oriental, burst onto the scene when she won a singing competition in the noontime variety program “Student Canteen” in 1958. “It was my first big break,” she said in an interview with the radio station dzMM last year.

In the same interview, Ramsey related that, after the contest, she booked gigs at the Manila Grand Opera House with the help of Chiquito’s brother.

She then moved to Clover Theater, where she held court for around seven years, and performed with the likes of Eddie Mesa, Aruray and Casmot and Balot.

A vivacious personality on and off stage, Ramsey also ventured into acting during her career that spanned over five decades. She was nominated best supporting actress in the 1963 Famas Awards for her performance in the drama “Ang Bukas ay Akin.”

Other movies of note Ramsey appeared in were “Prinsesa Naranja” (1960), which featured Fernando Poe Jr. and “Reyna ng Pitong Gatang” (1980), which was top-billed by Nora Aunor.

She has four children: Isaac, Ana and Susan Johnson, whom Ramsey had with a man of Jamaican heritage her father married her off to; and Jaya, whom she had with Filipino Rey Kagahastian.